The 5 Digital Banks in Saudi Arabia You Need to Know

Digital banking in Saudi Arabia is at a particularly interesting junction right now. Much has been said about how the country is at the precipice of a banking revolution, but the results have perhaps been slow to show.

There’s a vast market opportunity with digital banking on both the consumer and business banking fronts, and multiple studies suggest. For instance, a 2021 BCG survey notes that over half of the Saudi population would be comfortable switching banks due to poor customer service, lower interest rates and limited products offered by incumbents.

This, in the context of growing competition due to digitalisation, is seen as an optimistic sign for the digital banking in Saudi Arabia (especially as survey respondents were reportedly impressed by the speed of account opening, convenience, and availability of bank offers through mobile banking).

But more tellingly, 88% of surveyed respondents said that they would be willing to open a digital-only bank account, and 79% were willing to share their data for better banking solutions, the BCG report said.

Other statistics corroborate this. A survey by Backbase and YouGov found that 88% of banking customers were more inclined towards digital banking, and 82% used digital banking at least once a week. At the same time, a third of the survey’s respondents said that access to digital banking services at their current bank was weak.

An older 2018 report by ArabNet also noted that 76% of Saudi banking customers relied on digital platforms for banking, with 60% regularly using online and mobile banking apps.

There’s been some progress on the regulatory front as well. Saudi Central Bank SAMA introduced guidelines for the licensing of digital-only banks in February last year. Further to this, SAMA issued the first licenses to two Saudi digital banks this year.

And yet, of the five most popular digital banks in the county right now, three have yet to start offering full-fledged digital banking services, and one is foreign (being headquartered in Dubai). Compare that with Saudi Arabia’s neighbour and fintech competitor UAE, which has at least 11 local digital banks in play, including three that were announced just this year.

This gives a different context to digital banking in Saudi Arabia, where demand is perceptibly high, but innovators have been responding slower than they should. Nonetheless, here’s a look at the top five digital banks in Saudi Arabia.

Digital banks in Saudi Arabia to keep an eye on 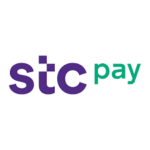 STC Pay was one of two digital banks to have received a digital-only license by SAMA this year. The platform, owned by Saudi Telecom, previously functioned as a mobile wallet. In June this year, it was announced that STC Pay would be converted to a digital bank with paid-up capital of nearly US$670 million. However, STC Pay currently still works as a wallet provider, and its digital banking business is yet to be kicked off. 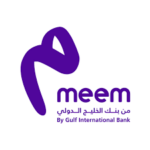 Meem is a digital banking platform run by banking incumbent Gulf International Bank. The Shariah-compliant digital bank offers a range of banking services, including a 3-in-1 savings, foreign currencies and current account and a credit card. Other facilities include term deposits of varying tenures, and personal and home financing. 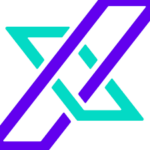 Xpence is a Dubai-headquartered digital bank with a presence across the GCC region, including Saudi Arabia and Bahrain, and London as well. The business banking platform provides remittance services, a corporate Visa card, expense management services, and invoicing as well. The company is stylised not as a bank, but a “digital business account.” Deposits in Xpence accounts are held in a licensed traditional bank, and services are available on a subscription basis. 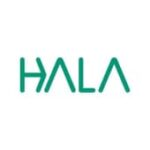 Hala is not quite a digital bank (yet) in the full sense of the term. It offers SME financial management platform, offering a POS device, e-wallet and debit card. The platform is aimed at freelancers and SMEs, and is regulated as an Electronic Money Institution by SAMA. In March this year, it raised US$6.5 million to fund its efforts to become a full-fledged digital bank for SMEs.

Saudi Digital Bank was the second bank to receive a digital-only license by SAMA along with STC Pay. The bank is being established by a consortium led by Abdul Rahman bin Saad al-Rashed and Sons Company. It will have a paid-up capital of about US$400 million. Apart from this, and the fact that it hasn’t been officially launched yet, not much is clear about Saudi Digital Bank.

Top Payment and Ecommerce Trends in the Middle East