World’s First Court on the Blockchain in Dubai

The Dubai International Financial Centre (DIFC) Courts have partnered with Smart Dubai to create the world’s first Court of the Blockchain.

Building on existing dispute resolution services, the alliance will initially explore how to aid verification of court judgments for cross-border enforcement.

The partnership is the first step in creating a blockchain-powered future for the judiciary which will have far-reaching benefits, including streamlining the judicial process, removing document duplications, and driving greater efficiencies across the entire legal ecosystem.

Future research will combine expertise and resources to investigate handling disputes arising out of private and public blockchains, with regulation and contractual terms encoded within the smart contract. Currently, blockchain-based smart contract transactions are irrevocable and there is no technical means to unwind a transaction.

The joint taskforce will model smart contracts across the blockchain that incorporate logic and allow for various forms of exceptions and conditions for seamless and more efficient dispute resolution. 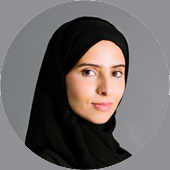 “This taskforce is in line with our guiding principle to deliver courts as a service, powered by technology and extended through cooperation agreements and alliances.

By harnessing blockchain technology, Dubai will be firmly positioned at the forefront of legaltech and judicial innovation, setting the standards for countries and judiciaries to follow.” 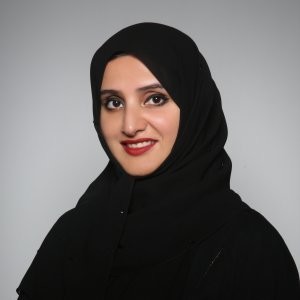 “Led by the ambitious vision of our leadership, Smart Dubai has set out to transform the emirate into a fully-fledged smart city where all services are digitised. The emirate has become a global trailblazer in embracing advanced technologies and steering them towards the safety, comfort and happiness of our city’s residents and visitors.

One of the most notable of these innovations is Blockchain, where the Dubai Blockchain Strategy seeks to run 100% of applicable government transactions on Blockchain by 2020.”

“An invention of this calibre and potential requires an equally disruptive set of rules and an empowered institution to uphold them. This is where our partnership with DIFC Courts comes in, allowing us to work together and create the world’s first disruptive court, helping to truly unlock the power of blockchain technology,”

In 2017 the DIFC Courts, in partnership with Dubai Future Foundation, launched the Courts of the Future Forum, tasked with designing guidelines and prototyping a commercial court that can operate anywhere worldwide. In 2018, the Forum evolved its mandate to extend this initiative to other global commercial courts, and to engage specialist technology sector and private sector participation, creating vertical working groups to research areas such as blockchain.