Cashless payments in Bahrain jumped to US$3.62 billion in H1 2021, according to the latest figures from the Central Bank of Bahrain (CBB). Over 53 million digital payment transactions were recorded in the country during the period.

The boom in cashless payments in Bahrain continued into August as well, the CBB revealed today. Point of sale (POS) and ecommerce transactions surged in number by 65% year on year last month. They reached a total value of about US$744 million through over 11.3 million digital transactions in the month, continuing the trend from H1 2021. This reflected a growth in value of 50% year on year.

The surge in cashless payments in Bahrain reflected a region-wide trend in the GCC, which is seeing growing interest in online and digital payments, a statement from the Bahrain Economic Development Board said.

Much of this headway has to do with the global COVID-19 pandemic, amidst which Bahrain’s national digital wallet BenetPay saw an increase of 785% in the number of Fawri+ remittances. Fawri+ is an online payment service available on BenetPay, provided under Bahrain’s Electronic Funds Transfer System. These remittances surpassed US$5 million in value.

Cashless payments in Bahrain are part of a bigger picture 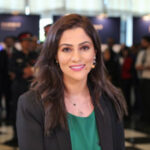 “An example of our forward-thinking regulatory framework is the way the Kingdom mandated the adoption of open banking.

Our regulatory approach, along with our advanced digital infrastructure, is why we are at the forefront of developing the technologies, solutions and ecosystems that will form the future of the region’s digital economy,”

As Buhejji pointed out, both the CBB and Bahrain-based financial and fintech companies have been taking forward steps in fintech verticals. These include multiple initiatives such as open banking, digital banking, and digital currency projects.

Robo Advisers Are on the Rise in the MENA Region