Financial Data Concerns Rise Amongst Digital Shift in the GCC

Illegal data collection and financial data theft have become major concerns amongst GCC consumers, according to a new report.

The Ding Global Prepaid Index (GPI), a bi-annual global study by mobile top-up service Ding, found that GCC consumers are uneasy about how their data is being collected and used. The finding is based on responses from Saudi Arabia and the UAE. These countries have some of the largest segments of prepaid product users, with 89% of prepaid users in Saudi Arabia, and 86% in the UAE. These concerns come in the backdrop of a growing shift towards digital platforms and services.

Ecommerce gains a foothold in Saudi Arabia and the UAE

Usage of social media networks didn’t register as strongly as it did in other surveyed countries, such as Mexico, Nigeria or Germany. However, all three of Facebook’s Meta’s products, WhatsApp, Facebook and Instagram, were still the top most used social media platforms in Saudi Arabia and the UAE.

Where digital platforms truly had dominance in these markets is in the space of online shopping. Survey respondents in Saudi Arabia (76%) and the UAE (70%) had the strongest intentions to shop online post-COVID, after Brazil (79%).

Both Saudi Arabia and the UAE also topped the charts by frequency of online purchases.

In this context, the theft of financial information was the top concern amongst users in Saudi Arabia and the UAE. 47% of users cited it as a concern in Saudi Arabia, and 45% said the same in the UAE.

Hacking emerged as another top cybersecurity concern. 41% of users in both countries said that the possibility of the hacking of an account or service they used was an issue. 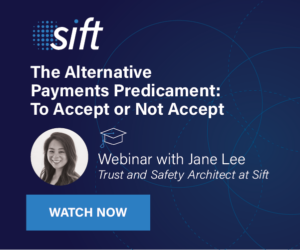