Amazon Web Services (AWS) announced the launch of its AWS Middle East (UAE) Region, the second of its kind following that of Bahrain in 2019.

Developers, startups, entrepreneurs, and enterprises, as well as government, education, and nonprofit organisations now have even greater choice for running their applications and serving end users from data centres located in the UAE, using advanced AWS technologies to drive innovation.

AWS estimates that its projected spending on the construction and operation of the new Region will support an average of nearly 6,000 full-time jobs annually at external vendors, with a planned US$5 billion (AED 20 billion) investment in the local economy through 2036.

The AWS Middle East (UAE) Region will also add an estimated US$11 billion (AED 41 billion) over the next 15 years to the UAE’s gross domestic product (GDP). 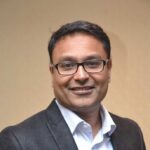 “AWS is committed to helping customers in the UAE deploy the most advanced cloud technologies and achieve the highest levels of security, availability, and resiliency,”

“With the launch of the AWS Middle East (UAE) Region, we are making it possible for even more customers to harness the power of the cloud to drive innovation across the UAE, while also investing in the local economy through job creation, training for highly sought-after technology skills, and education resources to further advance the UAE’s strategic priorities.” 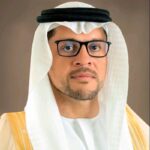 “It strengthens Abu Dhabi’s commitment to positioning itself as a leading digital economy by leveraging cutting-edge technology to support business growth. ,”

“The enhanced cloud capabilities enabled by AWS are expected to generate significant advantages and efficiencies that can propel businesses to success and realize major economic benefits for the country.”