The startup economy in the Middle East and North African (MENA) region continues to grow this year. In the first six months of 2018, it registered a record number of transactions with 141 investments, a 12% increase over the corresponding period.

One sector in particular that has boomed is fintech. This market is estimated at US$2 billion and is expected to witness an annual growth of US$125 million until 2022, according to MENA Research Partners (MRP), a leading research company in the region. 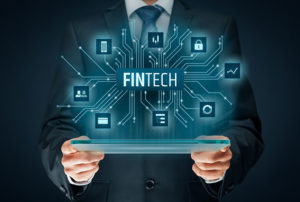 Image by Jirsak via Shutterstock.com

MENA has seen a sharp increase in the number of fintech startups being established in the region which doubled in number between 2013 and 2016, and there are many reasons to be confident about the future of fintech in MENA.

According to experts and industry observers, MENA’s large population of unbanked, high smartphone penetration rate, and young population are creating a huge opportunity for fintechs to create innovative financial solutions to bridge the gap.

“UAE banks only target between 25 and 30% of country’s population, and while a large segment of the nation’s population is made up of low income workers, many of those who are unbanked are actually millennials and housewives – for the simple reason that their fathers and/or husbands are banked and manage the family finances,” said Paolo Gagliadi, CEO of Trriple, a UAE startup that specializes in mobile and digital payments.

“As a result, we’re working hard on our roadmap to ensure that we can provide for this segment in the future with our mobile wallet solutions. It’s an interesting subsector, and one I can really observe. My son can’t conceive the thought of engaging with any service without the use of his smartphone.”

Although online payments, remittances, crowdfunding and peer-to-peer lending remain the largest sub-segments of fintech, sub-segments such as cryptocurrencies and artificial intelligence are fast-growing.

Banks in MENA have recognized the potential of fintech and are increasingly adopting digital solutions that range from digital-only banking platforms, rationalizing branch networks, and refocusing staff.

Financial institutions such as Mashreq Bank and Commercial Bank of Dubai (CBD) have been early adopters of digital transformation, while Emirates NBD (ENBD), one of the leading banks in the region, is committing AED 1 billion (US$272 million) over the next three years for its digital transformation. 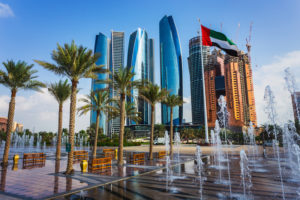 In MENA, the UAE has by far the most developed fintech ecosystem and hosts some of the region’s most successful startups. Government initiatives and support have allowed this burgeoning ecosystem to emerge. The ADGM operates the first fintech regulatory sandbox in the region, and the Dubai International Financial Center (DIFC) heads a US$100 million fintech fund and Fintech Hive, the Arab’s world’s first fintech accelerator.

According to Omar Christidis, CEO and founder of Arabnet, a regional events and media company focused on the digital economy, although it is expensive to operate a business from the UAE, it remains the most attractive country because this is where regional clients and global HQs are. “It’s also where you find the largest investor community—one out of three MENA investors is based in the UAE,” said Christidis.

Another jurisdiction that’s looking to become a fintech leader is Bahrain with the Central Bank of Bahrain (CBB) leading several initiatives such as the dedicated Fintech and Innovation Unit and regulatory sandbox, to boost fintech innovation.

But other countries in MENA are catching up. This week, the Central Bank of Iraq (CBI) announced a collaboration with Mastercard to develop a strong payments ecosystem in the country and work on several initiatives including electronic payment strategy and policies, fraud management, financial inclusion, advisory services, and acceptance solutions.

Lebanon, a rather small market of about four million inhabitants, was one of the first countries in MENA to invest massively in the digital economy. Today, the country hosts a myriad of accelerators and startup support programs including Speed Lebanon, and Smart ESA.

Featured image: Middle East under magnifier, by Popartic, via Shutterstock.com.