Egypt’s A15 has just announced that they’re exiting UAE-based Tpay today, selling off its majority stake to Helios from Africa. Now collectively holding 24% of the stake, A15 along with the current executive team will continue to lead the implementation of Tpay’s expansion phase, with input from its new owners.

Established in 2014, Tpay was an early player in the open mobile payment platforms in the region and, today, holds a huge slice of the direct central billing (DCB) space, with availability across 16 countries including the Middle East and North Africa, and serviced total reach of 673 million users.

The has company processed 622 million successful transactions since its launch, and partnered with key regional and international players such as GooglePlay, Wargaming, NetDragon,  CrossFire, Gameloft, OLX, Opensouq, MBC, iFlix, Abu Dhabi Media and Dubai Channels Network, among others.

The global DCB market is expected to register a compound annual growth rate (CAGR) of nearly 9% during the period 2018-2022, according to the latest market research report by Technavio, with Tpay well-positioned to reap the benefits of this incoming growth.

With an estimated 86% of adults without bank accounts in the North Africa region, mobile payments and DCB become key to buying digital and physical goods online and seemingly a reasoning to Helios’ purchase into Tpay. 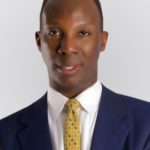 “A15 and Tpay management have built an outstanding mobile payments platform that is profitable and still has a lot of room for growth in Africa and beyond given its applicability to a wide range of payment types and ease of use.

This is an exciting addition to the Helios’ payments franchise in Africa, and we look forward to working with the management team to achieve the next phase of innovation and growth for the Company.” 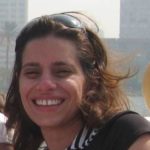 “I am excited to be part of this next chapter of Tpay’s growth. The Helios team brings new energy from a vibrant and experienced team that will drive real value to the business.

This partnership will expedite Tpay’s strategic growth plans and we are on track to double our year-on-year revenue in 2019. ”

The Tpay team will be utilising the new partnership and funds to expand into new markets, with focus on Africa and Asia, as well as launching new products into other DCB sectors.

A15 owns 17 portfolio companies operating in 20 markets with 17 offices and 1,000 employees, and their investment philosophy veers towards disruptive technology and tech-enabled companies in fields like fintech, e-commerce, SaaS and media.

Featured image via A15