Apple continues the rollout of its Apple Pay digital wallet service around the world, launching in Saudi Arabia in February, marking its 34th market. 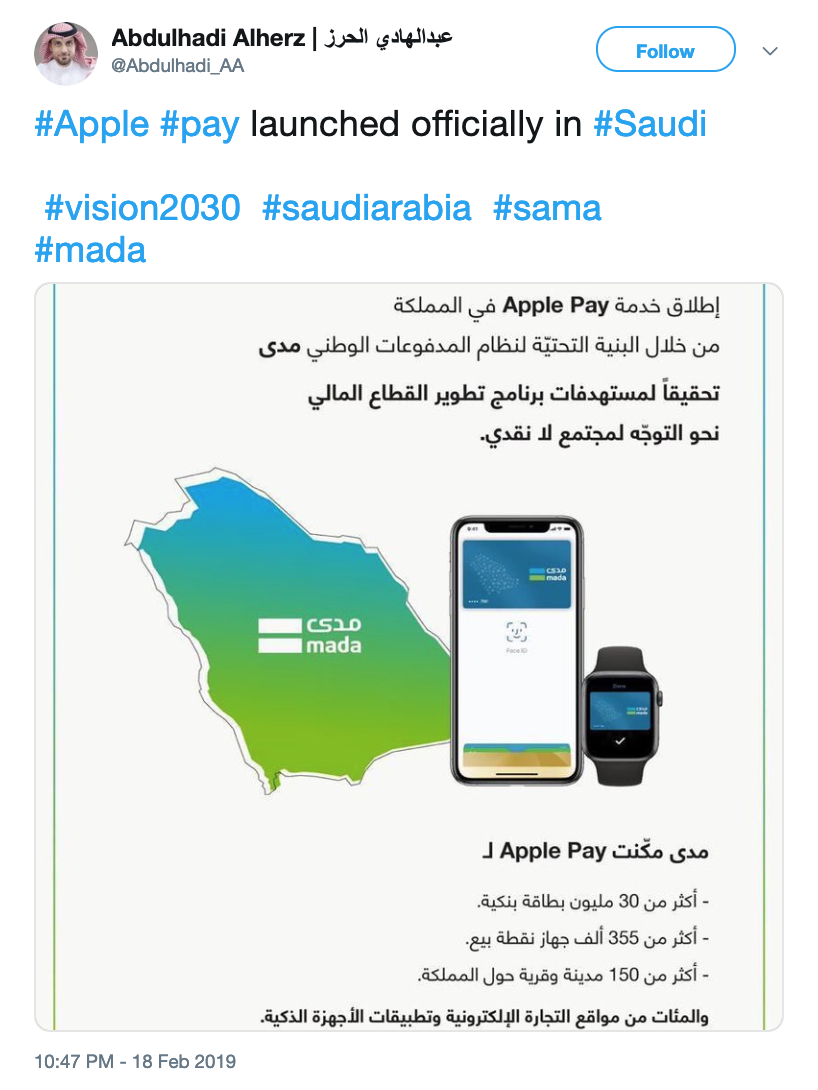 Apple Pay in the Middle East 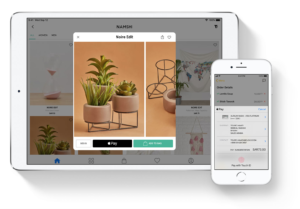 Saudi Arabia records a 72.8% smartphone penetration rate and a 59.2% Internet penetration rate, according to Paymentwall. Mobile payments and digital wallet transactions currently accounts for 8% and 2% of Saudi Arabia’s payments landscape, respectively, but strong growth is expected in the near future.

Mobile payments transactions value in Saudi Arabia accounted for US$136 million in 2016, and the figure is expected to rise to US$1.9 billion million by 2021 at a CAGR of 69.5%. The number of users is likely to reach 2.7 million during same period, according to PayNXT360.

The mobile payment industry in the UAE is expected to record a CAGR of 12.7% to reach US$11.1 billion by 2025. The industry has recorded strong growth in recent years supported by policy reforms and innovation from key players such as Samsung Pay, Apple Pay, Mashreq Pay, FAB Payit, and Emirates NBD Pay. Contactless payments have posted strong growth in the UAE, accounting for about 10-13% of total payments of key players, according to ResearchAndMarkets.com.

Apple Pay is a mobile wallet by Apple that allows users to make payments in person, in iOS apps, and on the web. The service digitizes and can replace a credit or debit card chip and PIN transaction at a contactless-capable point-of-sale (POS) terminal.

Apple Pay is supported on the iPhone, Apple Watch, iPad and Mac. It lets Apple devices wirelessly communicate with point-of-sale (POS) systems by using a near field communication (NFC) antenna.

Apple Pay was launched in the US in 2014 and has since expanded to major countries around the world, including major markets like Australia, Canada, China, Hong Kong, Japan, Russia and the UK.