The announcement was made by Ayman Hussein, Deputy Governor of the CBE at the Arab African Forum in Aswan, Egypt during a panel discussing the impact of financial technology and innovation on Africa.

The fund, which is set up with the Egyptian government, will support fintech startups and fund research into the financial services space with the goal of establishing the country as a fintech hub.

The CBE will also be launching an Innovative Financial Technology Applications Lab, which will serve as a regulatory sandbox for new applications.

To round off the CBE’s efforts, Ayman Hussein also revealed the launch of a cybersecurity centre for the banking sector to be launched late 2019, which will take proactive measures to deal with cybersecurity-related incidents and save digital forensic evidence. 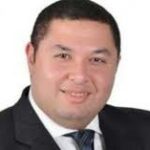 “Egypt has the success factors that have made it a pioneer in the financial technology sector, including the strong demand for financial services, the banking sector, telecommunications companies, electronic payment companies, insurance companies, regulators, incubators, business accelerators, investors and SMEs,” he said.