Based in Bahrain, Bank ABC currently serves customers on five continents, covering countries in the Middle East, North Africa, Europe, the Americas and Asia. Bank ABC plans to launch one of the region’s first digital banks and has invested in establishing digitised operations including a fully digital KYC capability. Simplifying and streamlining the onboarding process is central to these efforts. Traditionally, it takes consumers one to two weeks to create a new account and requires them to visit a local branch in person to complete the account set-up process.

Bank ABC’s integration of Jumio’s Identity Verification enables the bank to verify online customers by having them first capture a picture of their government-issued ID with a smartphone and then take a selfie, with certified liveness detection functionality.

This process ensures that the user is who they claim to be and physically present during the transaction. As Bank ABC expands digital operations globally and in the MENA region, Jumio will support such growth with its ability to verify IDs digitally across geographies. 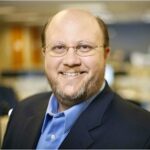 “We’re happy to contribute to their mission of delivering a level of service that matches, or exceeds, the market practice internationally by providing the leading-edge identity verification services that vet the digital identities of new customers — quickly, securely and compliantly.”