Al-Lawati brings extensive global experience along with regional knowledge and relationships, having worked in the Middle East, Europe, Asia and the US over his 20-year career. During this time, he led and structured teams for a variety of firms, with a consistent focus on new technologies. Most recently, he was the Director of Strategic Relationships at KiwiTech, a US-based cashless investing and technology services company, championing its international expansion to the Middle East 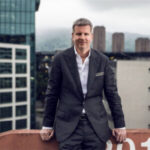 “We see significant potential in the Middle East and we’re thrilled to have Hassan on board to drive our efforts in this region. The Gulf is known for its extensive money markets infrastructure with deep liquidity pools, and our research over recent months has shown that treasurers in the region are interested in new digital approaches to increase efficiency.”

“I have rarely come across a firm that has the potential and right components — team, market, technology and vision — to emerge as a truly disruptive global company. I look forward to being a part of Instimatch’s journey and working with its top-calibre team.”

Since its founding in 2017, Instimatch Global has been at the forefront of disrupting the traditional ways in which money markets operate, attracting so far over 50 active corporates and banks across Europe and the UK to its trading network. By connecting borrowers with lenders within the huge unsecured money markets, the network provides more efficient access, better pricing and the ability to diversify counterparty risk.

Recognised for the impact of its innovation, Instimatch Global was nominated for “Capital Markets Startup of the Year” in the Financial News Trading and Technology Awards and in the Top 19 Swiss Fintechs 2019 in Fintechnews (CH).

5 of The Best Funded Startups in The UAE Right Now