Mr. Givanakis, said to be a key driver in the establishment of Abu Dhabi’s International Finance Centre (IFC), is currently the Senior Executive Director of Policy and Legal at the FSRA.

He will succeed Richard Teng, who plans to step down at end-March 2021 as the inaugural CEO of FSRA after six successful years in ADGM.

Mr. Givanakis joined ADGM in October 2014 as Director of Policy and Legal at FSRA and oversaw the establishment of ADGM’s legislative framework, which is said to have contributed to ADGM’s successful launch in 2015.

Commenting on the appointment, His Excellency Ahmed Ali Al Sayegh, Minister of State (UAE) and Chairman of ADGM, said: 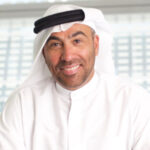 “We are pleased to announce that Mr Emmanuel Givanakis will be the new CEO of FSRA in April 2021. Emmanuel has seen ADGM through its growth stages and played a pivotal role in building ADGM’s strong legal and regulatory framework centred on transparency and public engagement. We are confident that his deep knowledge and expertise in shaping a progressive, robust financial services environment give him the aptitude to stand at the helm of the FSRA during the next chapter of ADGM’s success story.”

Teng, who joined ADGM in 2015, spearheaded the formation of the FSRA and overseen the trajectory of FSRA and ADGM. Under his leadership, FSRA has become well-recognised and accepted for its agile approach and progressive frameworks that support financial intermediation, innovation and digital economy.

As an IFC, ADGM serves its mandate as a vital enabler of finance and investments, and connects financial services among Abu Dhabi, the Middle East, Africa, South Asia and Asia economies with the rest of the international markets.

Dutch Fintech Recharge.com Rolls Out Services in Saudi and the UAE