Global Shares, an Irish equity compensation management solutions provider, announce that it has opened an office in Saudi Arabia’s capital, Riyadh. The company has 16 other offices across Europe, America and Asia.

Global Shares said that the Middle East is a region of huge strategic importance to Global Shares as more and more companies recognise the importance of equity-based compensation.

The new office has onboarded 20 Arabic speaking staff so far. Additionally, its opening follows the company’s roll out of the Arabic version of its online portal and mobile app.

Global Shares has also partnered with Saudi investment bank NCB Capital, who are providing the required custody and dealing services as part of the Global Shares offering.

The company has also appointed a new Managing Director of the Middle East, Abdulhadi Alherz who has more than 15 years’ experience in digital transformation, innovation and financial services and has previously worked with Saudi Aramco, Cisco and Oracle.

Global Shares will also be looking to expand to Kuwait, Bahrain, Oman, Qatar, UAE, Jordan, Tunisia and Egypt in the future. 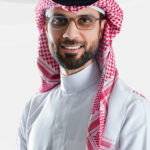 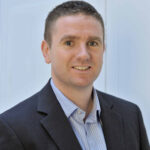 “The fintech scene across the Middle East is both vibrant and thriving with plenty of opportunities. Irish fintech is well received in this region for its innovative tech and ability to solve complex problems.

The Riyadh office becomes the 17th site for the business with offices spanning the globe and an incredible feat for a fintech located in West Cork, Ireland.”