Rewire, a Tel Aviv-based neobank for migrants, announced a Series B funding round of $20 million led by global crowdfunding platform OurCrowd and also included a line of credit from an unnamed bank.

Rewire said that the current round of funding will enable it to continue enhancing its product portfolio and services, as well as its strategic partnerships in the migrant’s country of origin and the country in which they currently reside.

Rewire plans to enrich its platform with new value-added services such as bill payments and insurance, in addition to credit and loan services, investments, and savings.

With $500 million processed through its systems, Rewire has tripled its customer base in 2020 and will soon reach half a million registered users, with 40% attributed to organic growth.

Rewire has penetrated new markets in Europe and the UK and introduced new cross-border bill payments.

Additionally, the neobank has established partnerships with financial institutions in multiple countries such as UkrSibbank in Ukraine and mobile wallet enablers in Nigeria and the Philippines. Rewire offers its cross-border solution in 8 different languages and a localised app. 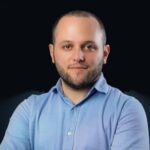 “At our core, we aim to create financial inclusion. Everything that we do at Rewire is aimed to help migrants to build a more financially secure future for themselves and their families.

To do so, we aim to provide services that go beyond traditional banking services such as insurance payments in the migrant’s home country and savings accounts. This investment and licenses are major steps towards fulfilling our company’s vision and will be used for additional expansion of geographies and products.”

Top 12 Fintech Startups in Israel to Keep an Eye On