The Central Bank of the UAE (CBUAE) announced that it has been working with SWIFT, a global provider of secure financial messaging services, on an initiative to further enhance the speed and transparency of cross-border payments.

The CBUAE said that it will be the first central bank globally to implement such an initiative.

The integration between the CBUAE’s domestic UAE Funds Transfer System (UAEFTS) and SWIFT’s ‘gpi Tracker’, will allow financial institutions sending cross-border payments to the UAE to benefit from increased transparency, certainty, and seamless transmission between the SWIFT network and the UAEFTS.

This relies on the Tracker that is a tool offered by SWIFT, to enable banks to track their payment flows end-to-end in real-time.

UAEFTS will update the SWIFT’s Tracker tool on behalf of its participants, both when a cross-border payment enters UAEFTS and when the funds are credited to the account of the final beneficiary in the UAE.

The improvement in the functionality of UAEFTS will include the ability for the sending bank to track payments in real-time until they are credited to the final beneficiary’s customer account in the UAE.

This will provide maximum visibility on ongoing cross-border transactions. 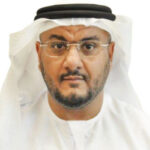 “We are delighted to launch this initiative as it further enhances the attractiveness of the UAE financial market, strengthens the interoperability between international and domestic payment systems and increases transparency to offer best-in-class customer service.” 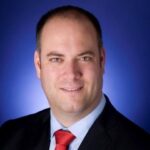 “The implementation of this project will improve the experience of financial institutions and their customers that send payments to the UAE from across the globe.

It is also the first one of its kind and we look forward to bringing this concept to other markets.”

Edfundo Is the Newest Youth Neobank in the UAE