Kuwait Finance House Rolls Out E-Wallet in Partnership With Samsung, Fitbit and Garmin

Kuwait Finance House (KFH) announced that it has launched its digital wallet service through smart mobiles and watches in cooperation with Samsung, Fitbit and Garmin.

The holders of KFH VISA ATM, credit and prepaid cards as well as Mastercard cards (except ATM) are now able to experience the payment method which is compatible with NFCs locally and globally. 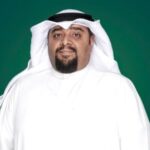 The Group Acting Deputy General Manager Cards, at KFH, Talal AL-Arbeed, said in a press statement that the new service is free.

KFH has decided to expand the horizons of this service to include smart watches, considering the increasing demand on this service by customers.

Al-Arbeed added that card holders of KFH Visa and Mastercard who have smart phones and watches may enjoy the digital wallet service after completing the identification and registration procedures required.

He said that the service shall be made available soon to Mastercard ATM card holders.

The customer may, within few minutes, follow few simple steps to identify the cards on the smart phones and watches compatible with Garmin, Fitbit and Samsung systems.