Aside from the capital of Bahrain in first place, others cities ranked included Riyadh, Kuwait City, Amman and Abu Dhabi.

The rankings evaluate the salary levels, cost of living, and taxes in a particular market in order to create an overall score for financial attractiveness.

The news of Bahrain’s win follows its recent success in the InterNations Expat Insider 2021 survey, where the country led the GCC across different indicators that included quality of medical care, political stability, ease of settling in and job satisfaction.

The country was ranked fifth globally for ease of settling in, and a high number of respondents in Bahrain said they had no immediate or future plans to return home despite the pressures of the pandemic.

The Government of Bahrain was one of the first in the region to develop an economic diversification strategy away from hydrocarbons, successfully creating an economy where more than 80% of its GDP comes from non-oil sectors, providing a broad range of opportunities for Bahrainis and expats working in the country.

Bahrain has since become known for its great regional connectivity, regulatory innovation, and best-value operating costs.

AIRINC describes itself as ‘the leading authority on international mobility data since 1954’ and supports multi-national corporations and others with the workforce globalisation strategies.

The rankings are put together by an in-house team at AIRINC who ‘continuously research the costs and living conditions of many cities around the world to evaluate international mobility’. 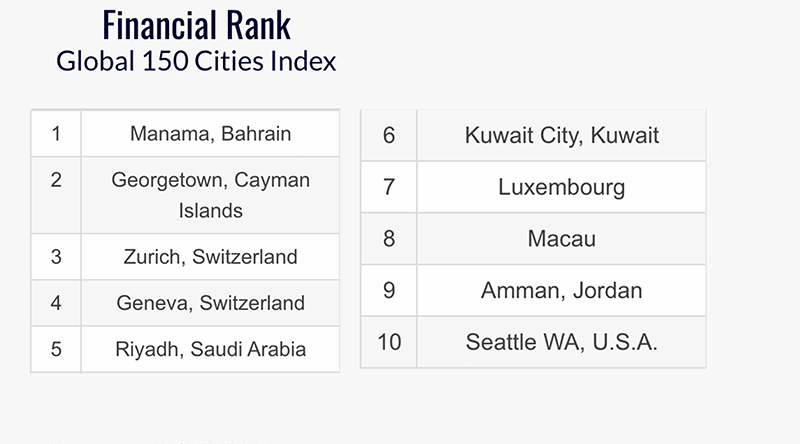