UAE-based healthcare financing solution Klaim has fetched US$1.6 million in a pre-Series A funding round, according to an announcement by the company.

The round was led by Mad’a Investments, a private equity firm in Saudi Arabia. It also received participation from Arzan Venture Capital and Wealth Well, and from existing backer Techstars, as well as strategic angel investors.

The 2019-founded company will use the funds to drive its growth in Saudi Arabia, it said. Klaim had announced its plans to expand in the country earlier this year, after it raised US$1 million in a seed funding round in March.

Klaim is solving for cash flow issues due to insurance delays

Klaim’s solution enables healthcare providers to manage cash flow issues as a result of insurance claims. The company purchases pending healthcare claims from providers to give them access to liquidity. It also provides digitisation and automation services for medical bill processing and payments, and real-time analytics and reporting. 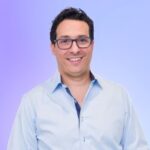 “Using our company’s tech-enabled factoring as a service platform, providers no longer have to worry about pending claim payments. Access to liquidity upfront allows providers to prioritise high-quality medical care and grow their practice,”

According to Klaim’s internal data from over eight million claims, it takes an average of 113 days for insurance companies to reimburse about 90% of outstanding claims to providers in the UAE. The remaining 10% of claims can remain in processing for over a year, or go unpaid, the company said.

The delay causes severe cash flow problems for healthcare providers in the UAE, who often have millions of UAE dirhams stuck in pending insurance claims. They then have to rely on bank loans to fund their heavy operating expenditures. This is where Klaim inserts its solution.

“Rejections and claim payment delays result in losses amounting to millions of dollars annually across the industry. Healthcare providers face business instability in their day-to-day operations: paying salaries, upgrading equipment, and expanding pose greater challenges than they should,”

Sarwa To Launch Zero-Commission Trade Service in the UAE

Invest Bank Moves to the Cloud With Temenos and Ndctech