New York-based Israeli B2B payments platform Melio has tripled its valuation to US$4 billion with its latest fundraise of US$250 million in a Series D, according to a statement.

The funding will be used to boost expansion efforts, including partnerships with financial institutions, software as a service (SaaS) providers, and marketplaces interested in B2B payments.

General Catalyst Chairperson and Managing Director Ken Chenault will be joining Melio’s board as well, the statement said.

Melio is an SME-focused payments platform that helps enterprise clients to digitally manage their payables and receivables. The platform offers features such as automated reconciliation and digitised payment approval workflows. 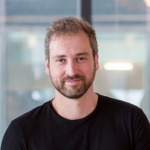 “2021 has been a year of rapid growth for Melio. We found ourselves in a fortunate position to support small businesses more than ever before, helping them digitise their vendor payment operations, saving them valuable time, and maximising their cash flow,”

CEO and co-founder Matan Bar said in the statement.

Melio is one of seven Israeli fintech startups to have raised a mega-round in H1 this year. It had previously raised US$110 million in January this year in a Series C2 round, the company announced in an earlier statement. The round was led by Coatue, and valued the fintech startup at US$1.3 billion.

Other investors of the company include Aleph, American Express Ventures, Intuit, and Salesforce. Including this round, Melio has raised a total of US$504 million in funding so far (Crunchbase).

Monthly payment processing volumes at the company have seen an upsurge of 5,000% in the last 18 months, the company claimed.

Amongst other developments at Melio this year, the company also announced a partnership with Capital One to grow their accounts payable and receivable cash flow management tools. Capital One is an investor in the company.