The Central Bank of the UAE (CBUAE) and the Dubai International Financial Centre (DIFC) will be partnering to promote fintech development in the UAE. The two financial authorities have signed an agreement to collaborate over joint fintech initiatives and activities.

The agreement was signed at CBUAE’s Future of Finance conference during Expo 2020.

Under the partnership, the CBUAE and the DIFC will work on strategies to enhance the competitiveness and digital transformation of the financial sector in the UAE. 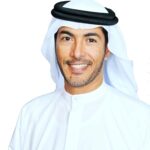 “The global financial ecosystem has undergone a major digital transformation over the last few years. We strongly believe that one of the foremost ways to ensure a robust financial system is to develop a regulatory environment that is conducive to innovation and digitisation,”

CBUAE and DIFC to develop co-sandbox

The joint efforts to promote fintech in the UAE include the development of a co-sandbox under existing DIFC frameworks.

This co-sandbox would be the fourth such initiative in the UAE, which is already home to three other sandboxes. These include the Abu Dhabi Global Market RegLab, the Innovation Testing Licence Programme by the DIFC, and the CBUAE’s insurtech regulatory sandbox.

The statement noted that the DIFC, which serves as a financial district in the UAE, is home to over 60% of fintech and innovation companies in the GCC. Apart from regulation and licensing, the DIFC also undertakes education, incubation and acceleration programmes.

In September this year, it announced that it had over 3000 companies registered at the district, achieving growth targets that were set for 2024. Its initiatives include the Innovation Hub, an umbrella programme for acceleration and awareness programmes, and the Future Campus aimed at financial education.