Dubai’s Virtual Assets Regulatory Authority (VARA) announced its entry into the metaverse with the establishment of its Metaverse HQ in ‘The Sandbox’.

According to a statement by VARA, it is the world’s first regulator to make its debut in the metaverse.

VARA added that it seeks to ensure that the regulator is accessible to its industry in their environment, and facilitate collaborative engagement between global VASPs, industry thought-leaders, and international regulatory authorities.

The entity was established to provide a secure and progressive operating framework for the virtual asset (VA) sector to be able to scale, while assuring market and investor protection.

VARA expects to regulate the governing principles of the services and activities, rather than the continually-evolving products and underlying technologies. 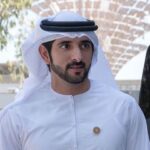 “Today, VARA joins the Metaverse to become Dubai’s – and the Metaverse’s – first government authority, ushering in a new era in which Dubai Government utilises modern innovations to extend its services and regulatory power to audiences in an open technological expanse, without constraints or borders.

Our presence in the Metaverse therefore marks the beginning of a new phase in the Dubai Government’s march for the future; one that will have a positive impact in the long run.” 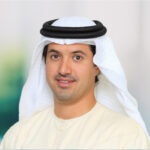 ”VARA’s acquiring land in the Sandbox is symbolic of our belief in this sector, and the onus is on us as government to be the bridge that allows investors and consumers to safely adopt, and collaboratively scale the economy.

In addition to yielding direct economic benefit and GDP acceleration for Dubai, the VARA sees this as the first step towards shared learning and expertise development across global regulators, so that the international community can benefit from a virtual economy that has been allowed to scale safely and sustainably.”