Abu Dhabi, the capital and second most populous city of the United Arab Emirates (UAE), continues to move forward with its fintech agenda, with the Abu Dhabi Global Marketplace (ADGM) driving the strategy.

Abu Dhabi has recently been recognized as the top fintech hub in the Middle East and North Africa (MENA) region. The city is known for having launched the first fintech regulatory regime in MENA, but also the first fintech Regulatory Laboratory, and for being the second globally most active regulatory fintech sandbox, preceded only by London.

The ADGM is playing a key role in the development of Abu Dhabi’s fintech industry and has just recently been recognized as the Fintech Regulator of the Year 2018 at the Seamless Middle East Awards ceremony in Dubai.

Last year, several initiatives were triggered to foster the growth of new and innovative fintech solutions, and this year looks to be no different. 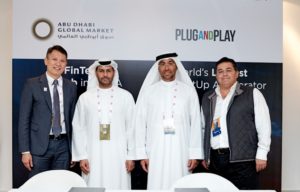 The center will also be home to participants of ADGM’s regulator sandbox (also refered to as RegLab) dedicated to regtech startups and companies. The sandbox, launched in 2016, welcomed its first batch of fintech startups in May 2017, which included two local UAE fintechs (Now Money and Titanium Escow), two Indian startups (CapitaWorld and Rubique) and one from the US (Finalytix).

The consortium will develop a proof-of-concept to decide the governance framework and the functional requirements of the e-KYC utility. Distributed ledger technologies are being considered to underpin core functionality within the platform.

One area in particular that the ADGM took the lead is initial coin offerings (ICOs) and cryptocurrencies, being amongst the very first regulators in the world to look into this thriving industry.

In October 2017, Abu Dhabi’s Financial Services Regulatory Authority (FSRA) released guidelines on ICOs and cryptocurrencies, stating that if a token has the characteristics of a security, the FSRA would regulate it.

Richard Teng, CEO of the FSRA at the ADGM, said in a statement: “ICOs have transformed the capital formation landscape and global regulatory frameworks are evolving to adapt to such innovation.”

“Participants exploring the issuance of ICOs that offer real value to the market and wish to operate in our regulatory framework are encouraged to engage us early to gain insights into the applicable regulatory regime.”

While the UAE’s fintech industry might seem relatively nascent when compared to the likes of the UK or the US, some financial institutions have started embracing and deploying fintech solutions. For instance, the National Bank of Abu Dhabi was the first bank in MENA to go live on blockchain for real time cross border payments with Ripple, and the Abu Dhabi Islamic Bank partnered with Fidor Bank to launch the region’s first “community-based digital bank.” 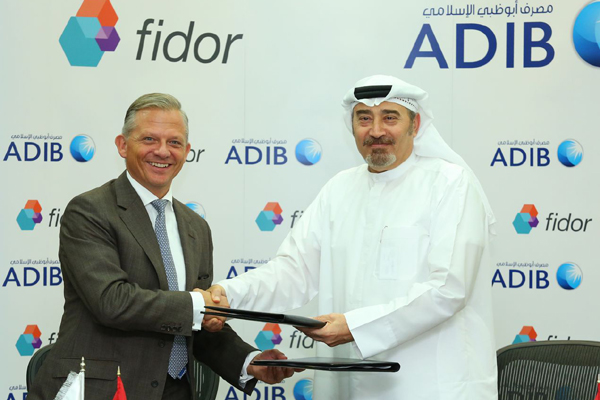 With over 30 fintech startups, the UAE is the largest fintech market in the Middle East, representing 33% of the region’s overall fintech industry.

In addition to hosting the greatest number of fintech startups, the UAE is also home to some of the region’s top ventures. 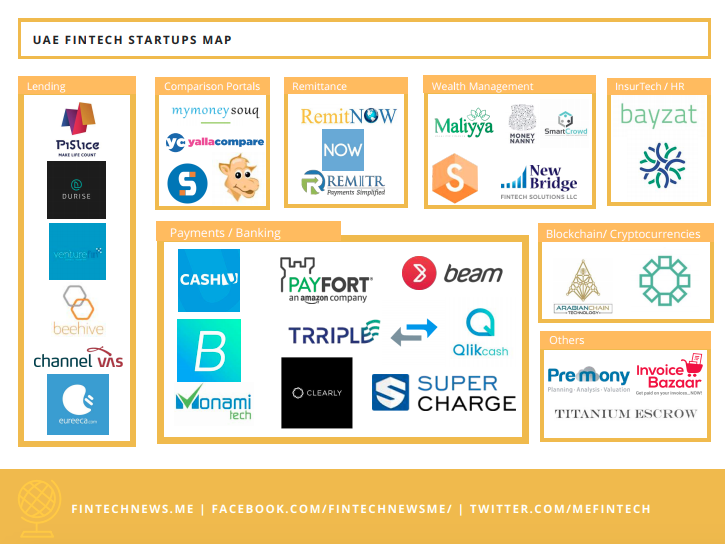