UAE-based payments start-up Ziina has announced plans to expand to Jordan. The company previously launched their digital wallet in February 2022 and their payment keyboard earlier this month.

The Y-Combinator-backed company previously raised USD 9 million during a seed round in mid-2021 from prominent investors.

Zion’s product interface eliminates the need for tedious IBAN and swift code entry and makes the payment experience seamless and social with GIFs, photos, text and emojis. It has been awarded nine international UI/UX design awards, including the Red Dot Award. 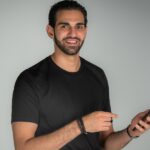 “The median age in Jordan is around 23 years old, which makes most of the population digitally native. The Central Bank of Jordan has recognized this, naming digital financial services and SME finance among its core sectoral pillars.

As a proud Jordanian, I am delighted to introduce Ziina to my home country,”