Credit automation platform Liquidity Group has joined the Abu Dhabi Investment Office (ADIO) Innovation Programme and will establish an R&D center in the city, making it the first Israeli company to do so.

Liquidity’s R&D center will focus on developing machine learning-enabled lendtech solutions for its underwriting business, while ADIO will support its initiatives through the innovation programme.

Liquidity will also engage local universities and build an enterprise machine learning centre of excellence to support other startups in Abu Dhabi in applying its modelling methodologies.

Liquidity is the first Israeli company supported through the programme, representing a milestone since the ADIO established an office in Tel Aviv in 2021 to attract Israeli companies.

Founded in 2017, Liquidity specialises in providing non-dilutive and unsecured capital to SaaS companies. The company was one of six Middle East startups to make CB Insights’ Fintech 250 this year. 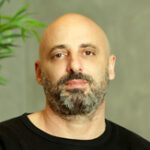 “Thanks to our partners at ADIO, our new R&D center in ADGM is growing fast and is swiftly being populated with some of the best global brains,” 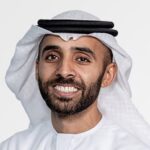