Secure Payment Links Through WhatsApp Could Be Fintech’s Future

Emirates NBD announced that they are launching customised banking services via WhatsApp in the UAE region. Through WhatsApp business, their users can now use integrated banking activities, like checking account balances and temporarily blocking or unblocking an existing card.

Emirates NBD claims that all messages sent through the bank’s verified WhatsApp Business account are encrypted, due to their sensitive nature.

The service is currently being piloted for the bank’s employees, and will be rolled out to the public after passing some trials. 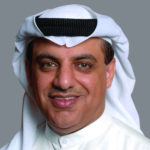 “Following the launch of the initial phase, we look forward to progressively expanding our range of WhatsApp based services to deliver a unified, digital experience for our customers. In doing so, the new offering will complement our existing digital and social media channels in a secure and convenient way.”

Customers could already check their balances on the Emirates NBD app, but what is notable is the ability to block or unblock their cards. As many banking services grow more and more instantaneous, there has been a higher demand for traditionally slow and bureaucratic processes to upgrade as well, and this is a positive step towards answering that demand.

The  decision to launch these functions over WhatsApp is certainly notable. Due to the ubiquity of the platform in various regions, the global fintech scene has seen more fintech-related institutions using the social messaging service as a platform for financial services.

WorldRemit now allows customers to be notified about their money transfers in real-time via WhatsApp, while VoxSmart in UK is allowing brokers and traders to trade assets via WhatsApp, just to name a couple of examples.

But the real potential in WhatsApp lies in payments.

Many e-commerce businesses are almost fully conducted over social media and social messaging channels, while many other SMEs or homemade businesses do not have the means to accept payments apart from cash.

Just in the GCC region alone, e-commerce is expected to go up to $20 billion by 2019, while SMEs are said to represent 95% of all establishments in the Emirate.

Integrating financial services, particularly payments into a ubiquitous chatting platform like WhatsApp could be a game changer to the region, and seemingly an increasingly trendy fintech movement in recent months.

Indonesian SMEs are able to receive retail or e-commerce payments via the messaging platform, and even the platform itself, WhatsApp, is gunning for a release of their P2P payments function.

If WhatsApp is successful, they will not be the first to offer such a function, with China’s WeChat serving as a messaging platform and a P2P payments platform in one.

With Abdulla Qassem of Emirates NBD stating that they’re looking to “progressively expand [their] range of WhatsApp-based services”, we think that there is a strong possibility that the bank will be looking into WhatsApp-enabled payments as well—as long as they can figure out the mechanism and security of such functions.