Google Pay Is Now Available In Dubai and Abu Dhabi

Google announced the launch of Google Pay in the UAE, allowing people to pay simply and securely with their Android phones.

It simplifies shopping by helping you pay safely in apps and on websites, in stores that support contactless payment, and across all Google properties including Google Play. With the new payment app, Android users (Android 5+ phones) can complete payment processes in a few seconds whether online or offline.

In retail, the smartphone becomes a wallet. To be ready to use this payment method in stores, users simply add their supported Mastercard or Visa cards issued by any of the partner banks (Emirates Islamic, Emirates NBD, Mashreq and Standard Chartered [RAKBANK coming soon]) to their Google Pay app.

Then users only need to wake the phone screen up and tap it to the contactless terminal via Near Field Communication (NFC). For transactions above AED 300, as an additional safety measure, users also have to enter their card pincode into the payment terminal. 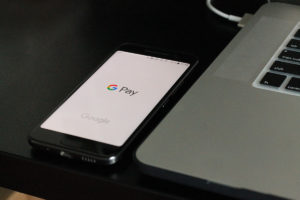 Google Pay is also integrated into various Google products (for example Google Play and Chrome), making it easier to buy movies, books, and apps, and to list all purchases in one place.

Security is a key element in the design of Google Pay. The credit card number is neither stored on the mobile device nor in the system of the seller. When users pay in stores, their transactions are made using a virtual card number called a token, which is device-specific.

The token is associated with a dynamic security code that changes with each transaction. Also, if a phone is ever lost or stolen, users can simply use the “Find my device” function to instantly lock their device from anywhere, secure it with a new password, or even wipe it clean of their personal information. There is no need to deactivate the card itself, as its data aren’t stored on the device.

Google Pay is now available on all Android devices, running on Lollipop 5.0 or higher.

Frequent questions about Google Pay in UAE are answered here.

Going “Beyond Banking” in the UAE: Report