du, from Emirates Integrated Telecommunications Company, EITC, has announced that the Smart Dubai has endorsed the telco’s Blockchain Platform as a Service, BPaaS.

Hardly its first endorsement, Smart Dubai has also endorsed a Blockchain Platform as a Service by IBM in late 2018.

This latest move to endorse du seems to be in service to Dubai’s blockchain ambition who has previously also vowed to have all government transactions to be done on the blockchain. Dubai also gain international attention when it announced the world’s first court on the blockchain.

According to their press release, du’s Blockchain Platform as a service is a cloud native blockchain infrastructructure that can provision a private blockchain networks on Ethereum and Hyperledger fabric frameworks.

The telco claims that this will enable all government entities to transform their current and future activities with the goal of making them digital by the year 2021, in support of Crown Prince of Dubai H.H. Sheikh Hamdan bin Mohammed bin Rashid Al Maktoum’s paperless vision. 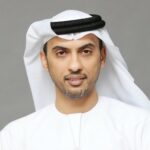 “The city of Dubai has pioneered blockchain from the onset and continues to be a global leader in providing new and improved ways to implement and set the future roadmap for the evolution of this ground-breaking technology.

As the Smart Dubai endorsing this new platform, the implementation of a blockchain-powered service will drive our ambitions towards becoming a paperless government by 2021 and improve happiness levels for staff and citizens, as well as save valuable time and resources.”