The Centre has made a number of strategic appointments and promotions of UAE Nationals to spearhead key initiatives that support the DIFC’s vision to further enable financial technology in the region. In addition, this supports the Centre’s broader expansion plans approved by His Highness Sheikh Mohammed bin Rashid Al Maktoum, Vice President and Prime Minister of the UAE and Ruler of Dubai, in January 2019.

Peyman Al Awadhi has been appointed as Head of Marketing and Corporate Communications at DIFC Authority to lead the strategic positioning, digital transformation and engagement of the Centre. Senior individuals have been promoted within the organization, including Mohammad Alblooshi to Sector Head of Fintech, who is leading the development of the Centre’s FinTech ecosystem, Alya Al Zarouni has been promoted to Executive Vice President of Operations, whilst Raja Al Mazrouei has been elevated to the position of Executive Vice President of DIFC FinTech Hive. 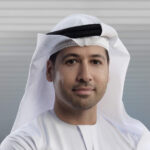 “During the last 15 years, DIFC has firmly reinforced its position as one of the world’s top financial centres. Our focus is to become the most advanced financial centre in the world and the only way to do this is to ensure we stay ahead of the curve. Our future is deeply rooted in digital transformation and innovation and it’s crucial for us to make sure we have the right people in the right positions to help realise this vision.”

In the spirit of eight principles of Dubai, unveiled by His Highness Sheikh Mohammed bin Rashid Al Maktoum, the DIFC Authority looks to ensure the well-being of its people by continuing to attract skilled and talented people, and nurturing the brightest minds to generate innovative ideas that support the success story of the centre. In addition, the DIFC Authority puts economic diversification at the heart of its business and seeks to create and enter new sectors. The DIFC is working towards maintaining a secure future for its people and the future generation in its community. 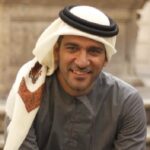 Peyman Al Awadhi brings more than 20 years of experience to his role as Head of Marketing and Corporate Communications at DIFC Authority, with a particular focus on digital marketing, having worked with leading multinational and governmental organisations such as Mars Inc., PepsiCo, the Dubai Road and Transport Authority and Dubai Sports Council. In addition, the production and film-making experience he has garnered through his entrepreneurial ventures adds an enhanced multimedia dimension to the DIFC’s marketing initiatives.

Since joining the DIFC Authority, Mr. Al Awadhi has built a dynamic team of experts across various facets of Marketing and Corporate Communications, and in particular, boosted the Centre’s digital capabilities to include data analytics, content strategy and media buying.

DIFC’s commitment to driving the future of finance begins with innovation. The Centre’s enabling environment for FinTech and venture capital firms has reaffirmed Dubai’s position as the region’s most comprehensive FinTech market and one of the world’s top 10 FinTech hubs. The sector remains a priority for the DIFC, with almost 100 active registered FinTech firms using the centre as a regional base to tap into the MEASA opportunity. 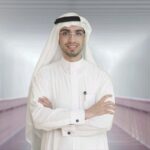 Mohammad Alblooshi, who was previously Senior Manager of Corporate and Service Providers at the DIFC, has grown through the ranks and is now leading the charge towards deepening the Centre’s FinTech ecosystem in his position as Sector Head of FinTech.

In his new role, Mr. Alblooshi has aligned the DIFC’s FinTech proposition with the needs of the startup segment in the UAE, which has led to the introduction of subsidised licensing schemes and a more integrated offering for FinTech firms. He has also been the fundamental driver in building DIFC’s reputation as a FinTech hub across the United Kingdom, United States, Singapore and India. Mr. Alblooshi, who boasts over a decade of experience working with leading financial institutions, such as Barclays, Standard Chartered and Lloyd’s TSB, is currently undergoing a leadership programme by the Institute of International Finance, dedicated to preparing the young future leaders of the financial world.

The UAE has an ambitious goal to become one of the top 25 in the world for gender equality by 2021, and in 2018, a new rule was created to mandate a female presence on listed companies’ boards of 20 per cent by 2020. The DIFC is committed to the UAE mandate to embrace diversity. 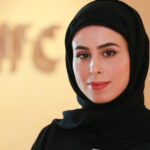 The DIFC is committed to continued professional development and has a strong mandate to support senior team members within DIFC Authority. Having been a part of the DIFC team for more than a decade, Alya Al Zarouni, Executive Vice President of Operations, has undertaken a leadership position and oversees a number of internal functions, including Information Technology, Procurement, Administration, Corporate Development, Government Relations, Government and Registry Services.

In her role, she ensures DIFC Authority’s internal operations are well aligned to support the delivery of the 2024 Strategy and objectives, and has led the digitisation of the registration process in the Centre, including the automation process of government services in DIFC. Ms. Al Zarouni has undertaken a number of prestigious leadership programmes, including participating in the “Young Leaders Program” from the Mohammed bin Rashid Centre for Leadership Development. 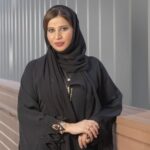 Raja Al Mazrouei, Executive Vice President of DIFC FinTech Hive, has risen up the ranks within the organization since she began her career at DIFC Authority as Head of IT in 2010. In her role, she oversees the region’s first FinTech accelerator, aiming at bringing together financial institutions, Government entities, technology partners and entrepreneurs to develop technologies that benefit the financial industry.