Fintech Saudi, a financial sector development program initiative launched by the Saudi Arabian government in 2018, has released its latest Fintech Access Guide, a bi-annual booklet for local and foreign fintech entrepreneurs covering topics such as regulation and business strategies.

The release came just a few months after the launch of the first annual Fintech Saudi Report, which gives an overview of the fintech community activity in the country.

In the second version of the Fintech Access Guide, Fintech Saudi delves into three main topics: regulations when conducting fintech activities, framework for local entrepreneurs to launch fintech ideas, and options for international fintechs interested in entering the Saudi market.

The guide reminds entrepreneurs that some fintech activities such as peer-to-peer (P2P) lending, virtual currencies, e-wallets, robo-advisors, and social trading and investment platforms, are regulated by the Saudi Arabian Monetary Authority (SAMA) and the Capital Market Authority (CMA). Others, including aggregation of publicly available financial information, business tools, back-office bank operations, personal management, and regtech, do not require a license from regulators.

Fintech Saudi advises fintech companies that wish to get to market as quickly as possible, to consider either one of the three following options: alter their business model to conduct only activities that do not require SAMA/CMA approval, partner with a regulated entity, or enter a testing environment through the SAMA Regulatory Sandbox or CMA’s Fintech Lab.

The guide also provides a framework for local entrepreneurs looking to launch a fintech idea, outlining the main steps to take, from the formulation of the idea, validation, testing, to then finally building the fintech business.

Finally, the document shares four key strategies for international players and entrepreneurs looking to enter the Saudi market. These options include establishing a subsidiary of an existing fintech companies, starting a new fintech business through the Saudi Arabian General Investment Authority (SAGIA)’s entrepreneurship program, licensing the technology to a Saudi Arabia-based startup, or appointing a sales agent.

Besides the latest Fintech Access Guide, a major release by Fintech Saudi is its annual Fintech Saudi Report. The inaugural report covers the Saudi Arabian fintech ecosystem from the launch of Fintech Saudi in May 2018 until the end of April 2019.

According to the document, a number of milestones were meant over the past two months. These include for example the launch of the the Regulatory Sandbox and Fintech Lab by the Saudi Arabian Monetary Authority (SAMA) and the Capital Market Authority (CMA), in addition to several regulations aimed at accelerating digital payments adoption.

The inaugural Fintech Tour 2018, or what the organization deems as “the largest cluster of fintech events to take place in the Middle East,” took place in December and drew more than 1,000 participants.

Another key development this year was the establishment of the Fintech Saudi Hub, an initiative aimed at supporting entrepreneurs, and small and medium-sized enterprises (SMEs). The Fintech Saudi Hub intends to provide the business community with working spaces for the joint work and design of innovative models for innovative solutions, an equipped technical laboratory in partnership with largest active companies in the sector, and a business accelerator program. 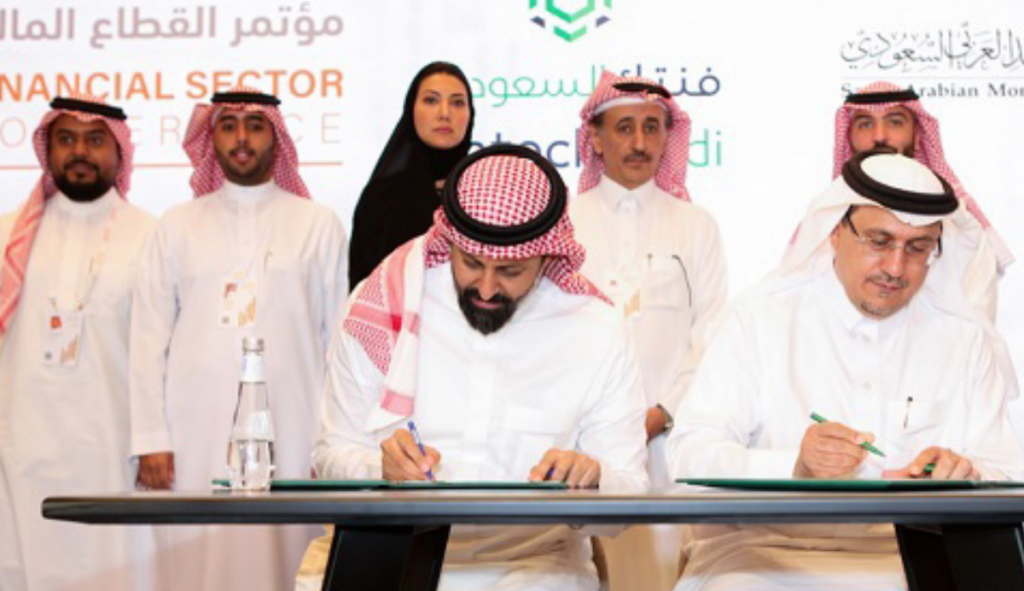 The Governor of the Saudi Arabian Monetary Authority (SAMA) and the Chairman of the Capital Market Authority (CMA) signed a memorandum of understanding (MoU) to establish the Fintech Saudi Hub, in partnership with the King Abdullah Financial Centre, during the Financial Sector Conference 2019

Silicon Valley-based 500 Startups partnered with MISK Innovation in January 2019 to launch an accelerator program for Middle Eastern and North African (MENA) startups in the fields including B2B, B2C, e-commerce, fintech, edtech, healthtech and the Internet-of-Things (IoT). The program just announced the 20 companies consisting its second cohort.

And earlier this year, SAMA and the United Arab Emirates Central Bank (UAECB) unveiled that the digital currency they had been co-developing would be called Aber. Aber is a proof-of-concept project aiming to experiment with distributed ledger technology (DLT) for domestic and cross-border payments using a common digital currency issued by both regulators. 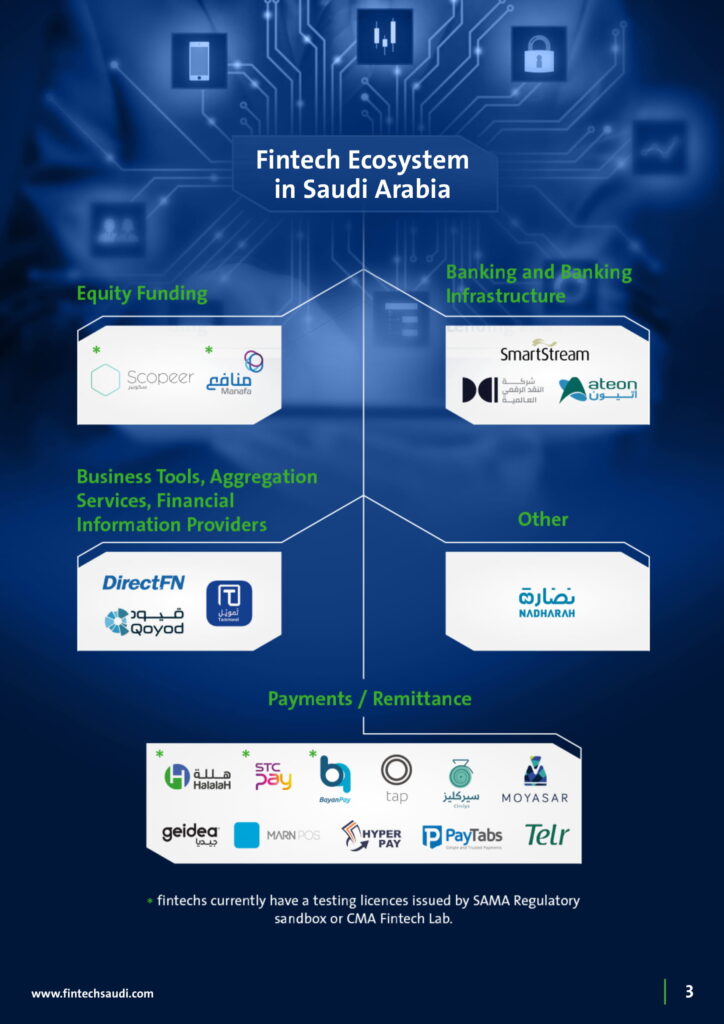