A Growing Fintech Ecosystem Is Emerging In Saudi Arabia

The fintech landscape in Saudi is said to be rapidly developing according to the Fintech Saudi Annual Report 2019/ 2020, which provides an overview of key developments in the region. Some of the updates over the last year includes the launch of Apple Pay, the establishment of Saudi Payments and the continued issuance of regulatory testing licenses and regulations by the Saudi Arabia Monetary Authority (SAMA) and Capital Markets Authority (CMA) to support fintech activities.

Within the community there have also been a number of major initiatives including the National Commercial Bank (NCB) and Monsha’at fintech accelerator program as well as the launch of Riyad Bank’s fintech fund.

In addition, the Fintech Regulatory Assessment Tool provides greater regulation clarity while the Fintech Data & Research Initiative supports data-driven innovation in fintech. The collective impact of these developments have contributed to the growth of an emerging fintech industry.

The number of operating fintechs has increased three-fold in a year from 20 in 2019 to 60 this year, with over 100 startups at the idea or pre-commercial stage. There has also been an increase in fundraising deals completed for the year to date with the total investment amount surpassing that of 2019. According to Statista, all these developments have contributed to the fintech landscape which is expected to reach transaction values of over US$33 billion by 2023.

Fintech Saudi was launched by SAMA in partnership with the CMA to act as a catalyst for the development of the fintech industry in Saudi. 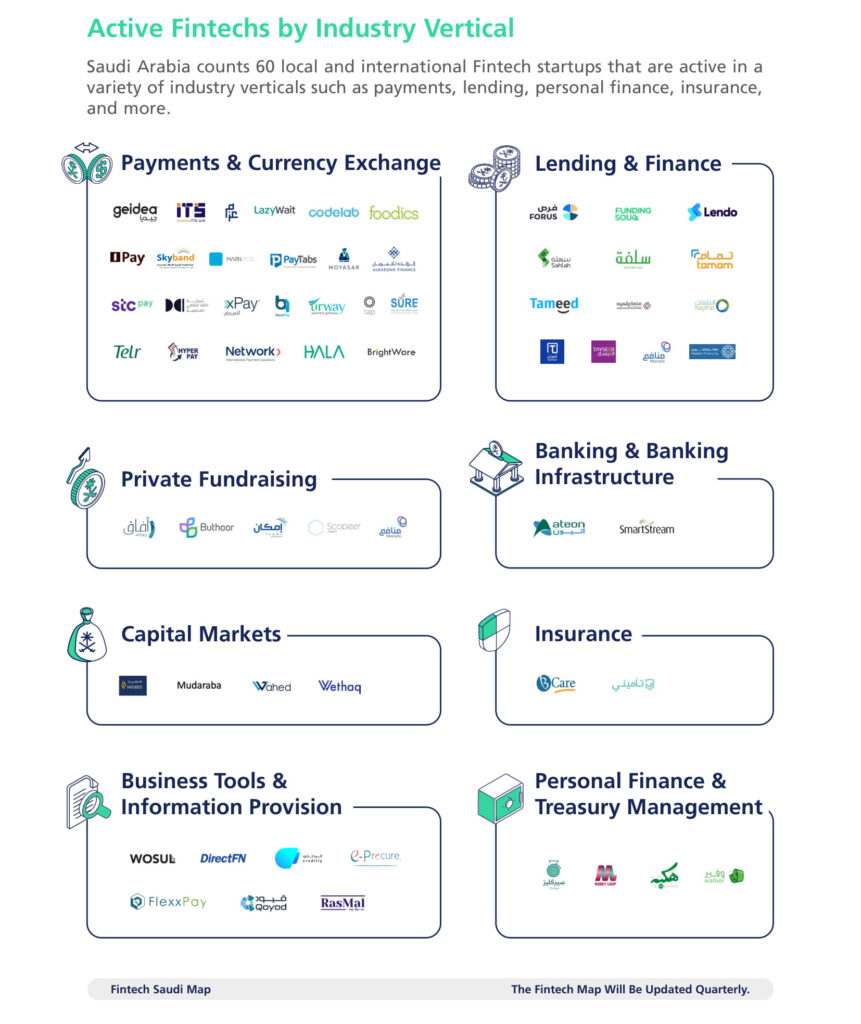