The funding tops up an earlier US$1 million pre-seed round that the company had raised in March this year. The round was led by Class 5 Global, with participation from FJ Labs, IMO Ventures, The Community Fund, VentureSouq, and Careem Co-founder Abdulla Elyas.

Alongside the funding, the company has also launched a commission-free mobile investment app across select Middle Eastern countries, a statement from the company said. The fresh funds will be focused towards enhancing product features, and growing the company’s user base across the MENA region.

baraka’s app is available to users across the UAE, Saudi Arabia, Bahrain, Oman, and Kuwait. The company received regulatory authorisation from the Dubai Financial Services Authority (DFSA) earlier in June this year.

The app offers users access to over 5,000 US-listed securities. These include stocks, ETFs, and fractional shares. The company noted that there was no requirement of a minimum investment amount. Users can monitor and track their portfolio , and also access baraka’s learning and news hubs, the statement noted.

Further, the company provides equity research from Refinitiv under a paid tier in the app.

Retail investing in the Middle East

Over 10,000 Middle East users subscribed to baraka’s waitlist, which opened in March, Founder and CEO of Baraka, Feras Jalbout said. 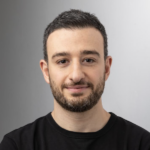 “This hasn’t just validated what we’re building, it’s shown us that there is a genuine need for a platform that offers regional retail investors insights and access to international markets.

The feedback we received during the beta testing phase has been invaluable in helping us fine-tune the platform to meet user needs, and we can’t wait for people to finally begin their investment journey now that the app is live,”

baraka is the fourth UAE-based company to be affiliated with Y Combinator. It is part of the accelerator’s Summer 2021 cohort, the company noted in the statement.

The Middle East is seeing a trickle of growth in the retail investment space, although unlike the boom witnessed in larger economies last year, such as the US, the UK or India. Asset classes such as retail mutual funds and ETFs are seeing a somewhat increased investor appetite. Apart from baraka, other incumbents in the Middle East retail investing space include Saxo Bank, Ava Trade, IQ Option and Pepperstone, and robo-advisors such as WeInvest, StashAway and B2B provider InvestSuite.

6 Proptech Startups in UAE to Watch Out for