In the Middle East and Africa (MEA) region, demand for digital wallets is on the rise. This trend is fueled by the growth in digital payments and smartphone penetration, national reforms to modernize the payment landscape, and the COVID-19 pandemic, which has accelerated the trend for contactless and digital payments.

This landscape is setting the stage for the emergence of the MEA’s very own super apps, according to a new whitepaper by analyst and consultancy firm Omdia, commissioned by Irish paytech firm CR2. 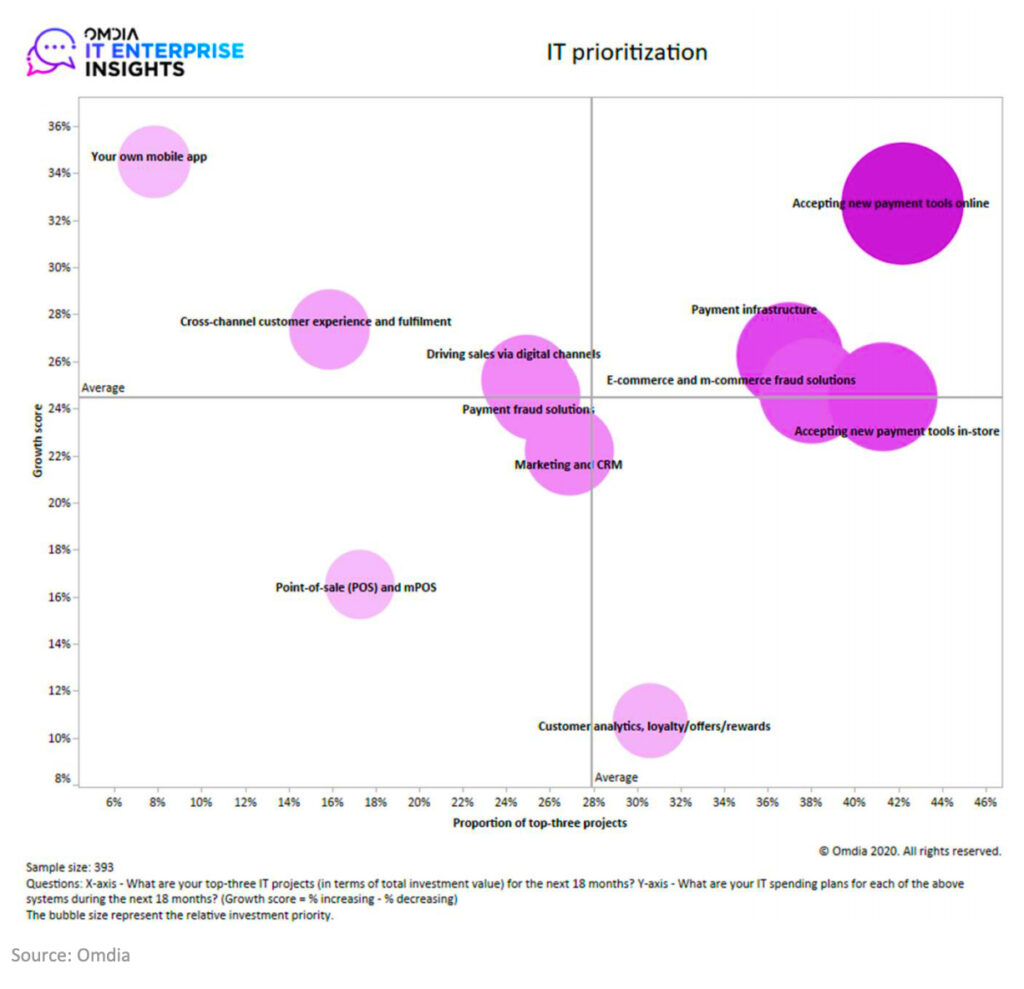 Accepting new payment tools is a key IT priority for merchants

In Kenya, telecommunications operator Safaricom, one of the owners of the region’s mobile money leader M-Pesa, is looking to capitalize on the trend and emulate the success of Asia’s super apps.

In June 2021, it launched the M-Pesa Super App with a number of services and functionalities, including international money transfers, budgeting and personal financial management tools, contactless QR code payments, and an offline mode as well.

In South Africa, Vodacom, the other owner of M-Pesa, has been working with China’s Alipay to create a multi-purpose app called VodaPay. Slated to launch later this year, VodaPay will allow users to pay bills, send money, play games, order takeaway, or shop online, all within one digital space, Connecting Africa reported in June 2021.

Like WeChat, VodaPay will also allow developers and businesses to join the ecosystem and build their own Mini Programs.

The Middle East is showing similar trends. Careem, a UAE-based ride-hailing firm acquired in 2019 by Uber, launched its super app in 2020 after raising a US$50 million funding round. Careem now offers restaurant and grocery delivery, online shopping, e-bike booking, and digital payments, through a single app.

In Egypt, ride-hailing app Halan offers a number of services that rely on its ride-hailing and logistics infrastructure, as well as digital payments. In June, it merged with Dutch payment company MNT, a move that is likely to strengthen its financial services offering.

The rise of MEA’s super apps comes on the back of booming digital payments activity. In 2020, Bahrain’s national electronic wallet, BenefitPay, saw a 785% increase in the number of remittances through its Fawri+ service in 2020.

In Saudi Arabia, the central bank announced in September 2020 that the country’s target of 28% cashless transactions by the end of 2020 had already been exceeded, with digital transactions making up 37% of all financial transactions.

Similarly, in the UAE, consumers have been quick to ditch cash in favor of digital payments. A 2021 survey by Visa, Dubai Police, and Dubai Economy revealed a sharp decline in cash usage, with cash on delivery (COD) dropping by 75%. Meanwhile, the use of digital payments, including contactless cards and mobile wallets, for payments online or on delivery, almost doubled.

Across the region, jurisdictions are launching payment modernization reforms and promoting digital payments. Countries including Rwanda and Bahrain are striving to become cashless economies. Last year, Ghana became the first country in Africa to implement a universal QR code.

AMF’s Roadmap for Blockchain in the Middle East