Weav’s co-founder and CEO Nadav Lidor will helm Brex’s team in Israel. Founded only last year, the company has raised US$4.5 million in seed funding so far. Its backers include Foundation Capital and Y Combinator, as well as Brex co-founders Henrique Dubugras and Pedro Franceschi. The company was part of Y Combinator’s W20 batch.

The company’s solution has a number of use cases, including underwriting, real-time financial products, planning and analysis, identity verification and payments. The company’s API call volume has grown by 300% each month, the statement said.

Brex and Weav have previously worked together

In March last year, Weav’s technology was used to power Brex’s Instant Payouts for Shopify. A month later, Dubugras and Franceschi participated in a US$4.3 million fundraise by Weav.

Through the acquisition, the nine-person team at Weav will be expanded through hiring efforts. 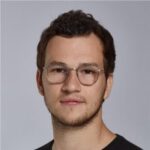 “We want to build this all-in-one finance platform. That was already the direction we were headed with the partnership but this acquisition helps us so that we can build a better integration across all our financial products, and we can do more, and a lot faster than what we were originally planning,”