Colendi, a Turkey-based micro lending and credit scoring fintech company, has picked up US$30 million in a Series A round of funding, according to local news reports.

The Series A round was led by Re-Pie Asset Management Company, a Turkish alternative asset management firm. The funding was made through Re-Pie’s dedicated Colendi Venture Capital Investment Fund. Re-Pie is also a backer of Turkish on-demand delivery unicorn Getir.

Foreign investors also participated in the round, which valued the compny at US$120 million.

Funding would be used to increase the global competitiveness of Colendi’s products, maximise service quality, and accelerate the company’s expansion plans, reports said.

The solution was launched in 2018. Its components include a digital score calculated by the Colendi protocol, a self-sovereign digital identity, and a wallet to manage Colendi Tokens, an earlier statement from the company noted.

Further, the company’s solutions also include a payments API, a credit marketplace and merchant network, and financial solutions for receiving payments and making money transfers.

The company’s merchant network includes over 1000 merchants across gaming, transportation, dining, retail and other domains. 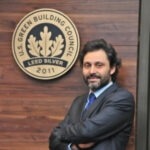 “Colendi ticks all the boxes to be the next unicorn of Turkey,”

Prior to the Series A funding by Re-Pie, the Turkish fintech startup had previously raised US$2.5 million from Aslanoba Capital, Bogazici Ventures, and Next Ventures, according to an earlier statement from the company.

Re-Pie mainly manages real estate and private equity investment funds. Its private equity vehicles include technology and F&B amongst others, along with dedicated funding vehicles for Getir and Colendi.