According to a new report by Carma, Kuwait Finance House (KFH) is the most popular MENA-based Islamic bank by media presence. The report outlined the top Islamic banks in the MENA region by media visibility and favourability.

The report studied the popularity of Islamic banks on traditional and social media during Q1 this year. The report noted that KFH, Abu Dhabi Islamic Bank (ADIB) and Al Rajhi were the most favourable banks in the MENA region. This was due to retail lending, COVID-19 assistance, disclosure of financial results, and digitalisation.

Further, the report noted that there was a general increase in the influence of Islamic banks within the financial sector, due to pandemic-related uncertainty and instances of corruption. Digitisation also helped to boost the reputation of these Islamic banks in both traditional and social media, the report said.

“KFH, ADIB, and Qatar Islamic Bank were stated to have taken the lead to integrate solutions into their strategies, considering AI abilities and the importance of fintech. Personal finance through portals and transfer systems were introduced, easing financial activities amidst the COVID-19 pandemic,”

Here are the most popular Islamic banks in the MENA region 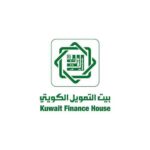 KFH received favourable coverage for “solidification of its financial position,” with financial indicators remaining positive despite a 40% decrease in profits last year as compared to 2019. KFH was especially popular in the media for high positive engagement from CSR efforts, instant money transfer services and sustainability initiatives. Apart from Kuwait, KFH is also present in Bahrain, Saudi Arabia, UAE, Turkey, Malaysia, and Germany. 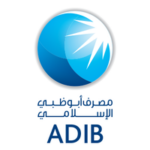 Abu Dhabi-based Islamic bank ADIB saw a capital increase to EGP 7 billion for its Egypt operations this year, and also expanded into micro and consumer financing. The bank posted strong H2 results in terms of pandemic recovery, the report said, although its annual net profits for 2020 dropped by 38.4%. Other regions where the bank has a presence include Egypt, Iraq, Saudi Arabia, and the UK. 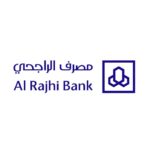 Al Rajhi Bank is the largest Islamic bank by assets, not just in the Middle East but across the world as well. It actually saw a marginal increase in net profits last year at 4.3%, versus an average dip across Saudi banks of 22.9%. The bank also has a presence in Kuwait, Jordan, Malaysia, and Syria. 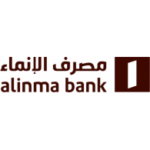 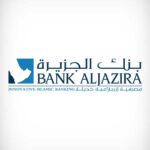 Bank AlJazira is noted for its financing of the Saudi aircraft fleet and residential products in the King Abdullah Economic City, as the bank looked to stimulate consumer demand. At the same time, its assets grew the least last year, at 6.4%, amid wider losses in Saudi’s banking sector.