6 UAE Digital Banks to Watch Out For

Digital banking is becoming increasingly competitive in the UAE, with new players, new banking models, and an eager market.

Meanwhile, although the country did have some early adopters in the space of digital banking, these were largely traditional banking incumbents (mainly Emirates NBD and Mashreq Bank). Now, UAE digital banks are not only growing in number, but also in terms of new players. Currently, there are two independent UAE digital banks building their presence in the country, of which one will hold a full banking license.

Meanwhile, UAE digital banks are also trying out different banking models and technologies – including analytics and facial recognition – to further diversify the options open to both retail and corporate users.

Here are the top UAE digital banks to keep an eye on. 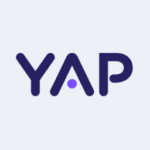 YAP is an independent branchless digital banking app launched in March this year. It does not hold its own license but offers its banking services through a partnership with RAKBANK. The challenge bank enables payments, remittances and bill payments, as well as spending and budgeting analytics.

While a basic YAP account is free to open (with a card that comes home delivered), users can opt for a number of banking experiences, called YAP Packages. For a monthly subscription, users can avail multiple card benefits, as well as yet-to-be-launched youth banking and household salary management services. 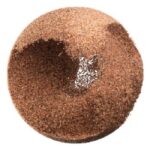 As of September, Zand was working on the last few pre-launch “administrative tasks.” Users can look forward to interest on deposits at 2% – one of the highest rates offered in the region for savings accounts. 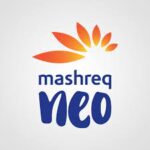 Mashreq Neo is a digital only bank by Mashreq Bank launched in 2017. Users can open Smart, Salary or Savings accounts. Mashreq Neo functions more closely to a traditional bank, in that minimum salary or turnover requirements exist for current accounts.

From November this year, Mashreq Neo will be integrating with a facial recognition verification system for account opening. This means that new users applying for a Mashreq Neo account will be able to authenticate their identity by scanning their Emirates ID and using facial authentication. This is a first for digital banks in the country, where verification is either done at a branch, or by a bank representative at home. 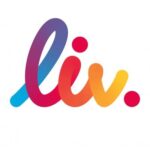 Liv. is a lifestyle banking app by Emirates NBD. The app simplifies spending behavior tracking (but falls short of providing analytics) and also provides interest up to 1.5% annually. The account does come with a salary limit.

Liv. was launched in 2017 and is targeted mainly at millennials and Gen Z. Account holders can apply for a credit card, and a monthly or annual subscription-based exclusive benefits program (which includes free global transfers and zero foreign exchange fees on card). 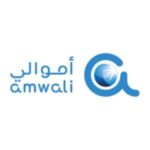 Amwali is a digital youth banking app launched by ADIB in August this year. The paperless, signature-less and branchless bank accounts come with home-delivered debit cards, and are enabled for mobile wallets and bank transfers.

Parents can only open accounts on the ADIB app, so they will need to be ADIB customers to access Amwali. They will have complete access to Amwali accounts, including monitoring spending and withdrawals, and setting debit card limits. ADIB has planned further developments for the app, such as gamified education and task-based allowances. 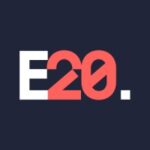 E20. is Emirates NBD’s corporate digital banking solution. The digital business bank for entrepreneurs and SMEs was launched in 2019. The solution is available for businesses of all sizes, from SMEs, freelancers and home businesses, to partnerships and incorporated companies as well.

While accounts can be opened instantaneously, payments take about 3-5 days to be activated. Business accounts are also chargeable, and require a minimum balance as well as monthly subscription fee. E20. accounts are activated for expense management, invoicing, and cash and cheque deposits.