20+ Neobanks in the Middle East You Have to Know

Digital banking is heating up in the Middle East with now more than 20 neobanks across the region, according to new data from Dutch fintech consultancy group Fincog. 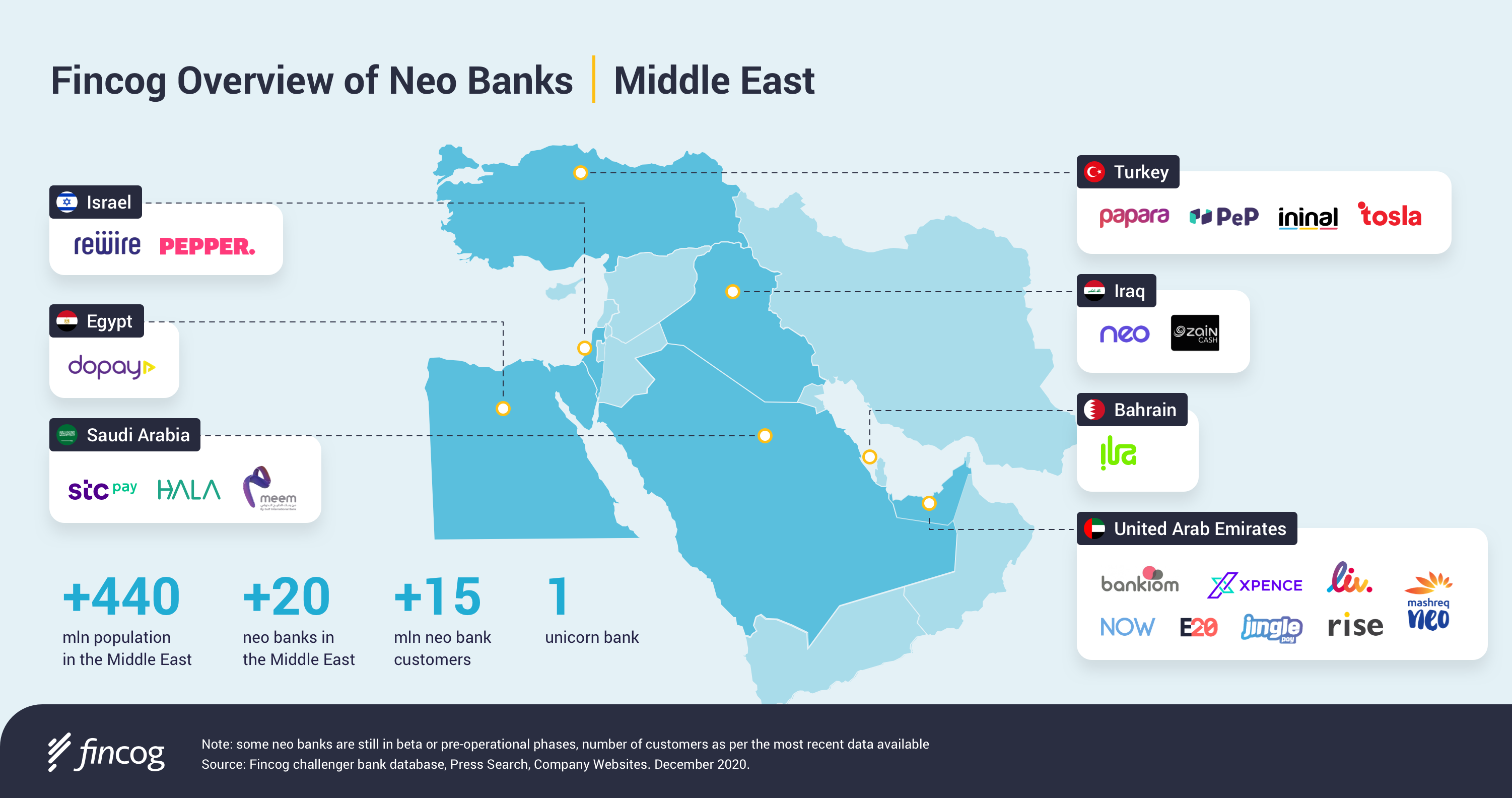 Most of these neobanks were launched by incumbents as standalone digital banks and provide a full range of financial products that aim to act as full replacements for traditional banking offerings. Examples include ila Bank by ABC Bank and meem by Gulf International Bank, both in Bahrain, as well as Pepper by Leumi bank in Israel.

In the United Arab Emirates (UAE), there are Liv and E20 by Emirates NBD, Mashreq Neo by Mashreq Bank, and ADCB Hayyak by Abu Dhabi Commercial Bank (ADCB).

In Turkey, Akbank, one of the country’s largest banks, provides a social banking app Tosla through its AkÖde subsidiary, enabling users to perform daily financial transactions.

In addition to digital offerings provided by incumbents, the Middle East also has a number of independent neobanks. Most of them are partnered with a bank and operate under their partner’s banking license. Such collaborations include NOW Money and Commercial Bank of Dubai (CBD), as well as Rise and United Arab Bank. NOW Money focuses on low-income and unbanked customers in the UAE, while Rise develops solutions targeted at migrants.

In Egypt, Dopay offers a cloud-based payroll service to help companies pay staff electronically and bring those without bank accounts into the formal banking sector. Through partnerships with Barclays and Visa, Dopay provides company employees with bank accounts, into which their wages are deposited, debit cards that can be used online, and a money management app. 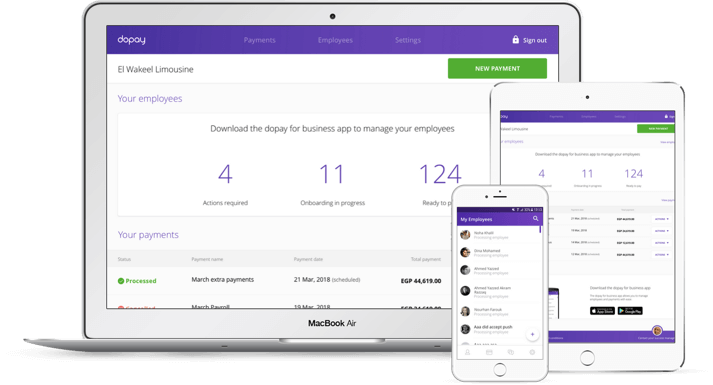 In Turkey, Papara offers a variety of low-cost money transfers and payment solutions to retail and small and medium-sized enterprise (SME) customers to pay and get paid, trade cryptocurrency and foreign exchange (FX). Launched in 2016, it targets the unbanked and financially excluded. Papara has grown to 5.5 million users in its home country and is now gearing up for European expansion in 2021. The startup is currently applying for an e-money license in Lithuania. 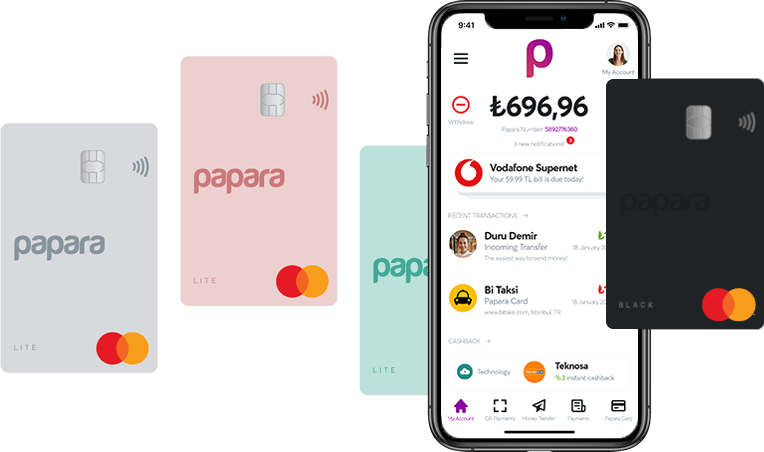 In Israel, Rewire is a neobank for migrants that offers a seamless way to make cross-border money transfers in Europe, among many other services. Customers receive a free international bank account number (IBAN) and a free Mastercard debit card that works like a conventional domestic bank account. 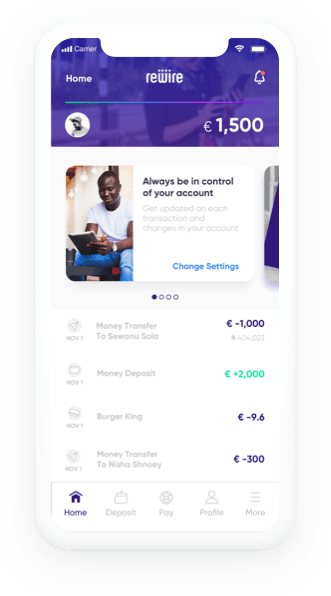 And in Iraq, International Network for Cards and Digital Payment Services teamed up to launch in October 2019 the country’s first digital-only (prepaid) payment card Neo to serve the local underbanked population. The virtual card comes with a mobile wallet that allows users to track their finances.

But competition is heating up in the Middle Eastern digital banking industry as a horde of new players are preparing to enter the space.

These independent players are currently in beta or pre-operational phase, and include the likes of Xpence, an UAE neobank aimed at entrepreneurs, startups and small businesses that’s currently conducting tests within the ADGM’s Regulatory Laboratory (RegLab). Though still not available in the UAE, the startup already signed a deal with Riyad Bank to expand to Saudi Arabia and is reportedly in talks with banks in Oman and Kuwait, Saad Ansari, the company’s CEO and co-founder, told S&P Global Market Intelligence in January 2020.

Similarly, Bankiom is a new entrant in the pre-launch phase that’s looking to go beta within the next three months. The digital-only bank, based in Dubai, targets millennials and mobile natives, providing banking facilities online and through app platforms, including wealth management, remittances, and a current bank account with an accompanying payment card. Bankiom said it has applied for a banking license. 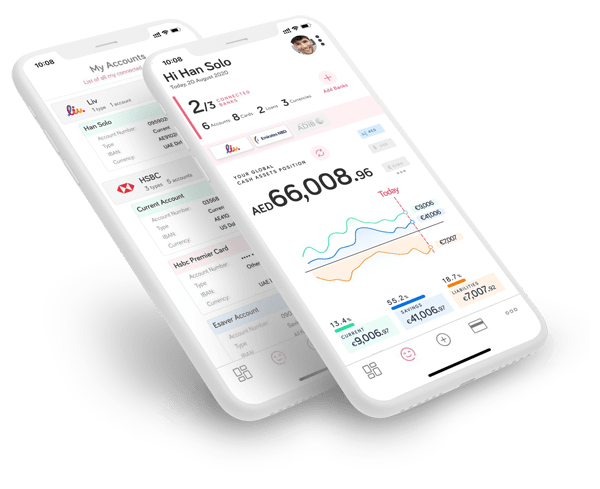 Jingle Pay is another new player looking to launch in the UAE soon. It aims to bring elements of social payments to mobile wallets backed by cash accounts for instantaneous payments and easy money transfers to friends and family. Jingle Pay is reportedly in the process of getting licensed in the UAE and other GCC markets, as well as Indonesia and the Philippines.

Several foreign neobanks are also eyeing the Middle East. UK-based Revolut is currently in the process of obtaining a license to operate in the UAE, and Open, a SME neobank from India, has plans to expand into the Middle East.

In addition to a rapidly growing neobanking industry, the Middle East is also in the midst of welcoming its first full digital banks.

In Saudi Arabia, STC Pay, the digital payment arm of Saudi Arabia’s STC Group, the largest telco operator in the country, is currently negotiating with Saudi regulators to obtain a digital banking license to enter lending and other expand into other business areas.

In October 2020, news broke that Abu Dhabi state-owned holding company ADQ will be setting up a digital bank in the UAE with an initial capital of US$544 million, and in Israel, the country’s first digital bank is expanded to launch operations in the second half of 2021 after being granted a license in 2019.

Neobanks Make Inroads in the UAE