Forbes Middle East has released its annual ranking of the Top 50 Most-Funded Startups in the Middle East and North African (MENA) region. Out of these 50 companies, 14 are fintech firms, making the sector the most represented one across all tech sectors. Combined, these 14 fintech companies had raised a total of US$611.1 million, as of December 2021.

Looking at the geographic repartition, the United Arab Emirates (UAE) was the most represented country with seven fintech companies. The UAE is followed by Saudi Arabia with three companies, Egypt with two companies, and Bahrain and Tunisia, each with one company.

At the top of the ranking, MENA buy now, pay later (BNPL) startups took the first positions, propelled by the large rounds of funding they closed in 2021. Other subsets are represented as well including payments, cryptocurrency, wealthtech and open banking.

Dubai-headquartered Tabby is a leading BNPL provider in the UAE and Saudi Arabia. It serves over one million active shoppers who use it to access more than 3,000 brands and businesses, including Adidas, Ikea, Shein and Marks & Spencer.

In 2021, Tabby raised US$50 million in equity funding and US$50 in debt financing, bringing its total funding to over US$130 million and its valuation to US$300 million. The startup plans to double its workforce to around 150 staff, including hiring technical and business development positions.

Founded in 2020, Tamara is a BNPL provider from Saudi Arabia that allow customers to shop at around 1,000 merchants and either pay within 30 days or pay in 3 installments without any hidden fees or interest charges. In April, Tamara raised US$110 million in the largest Series A funding round closed by a fintech startup across MENA at the time. The round brought its total funding to US$116 million.

Tamara is headquartered in Riyadh and has offices across the UAE, Germany and Vietnam. The company was the first BNPL firm to be enrolled in the Saudi Central Bank (SAMA)’s Sandbox program.

Founded in 2019, Postpay is a BNPL provider that allows customers to split their online purchases into four instalments with zero interest and no fees. The company is headquartered in Dubai and works with hundreds of leading global brands, including H&M, Footlocker and Dermalogica.

According to Forbes, Postpay has raised US$63.5 million in funding so far. The company’s last fundraising, a US$10 million round, was closed in June 2021 and was aimed at helping it accelerate growth and fuel expansion across MENA.

Founded in Egypt in 2018, Lucky is a mobile app that connects customers with credit products, discounts and cashback rewards that be used in person and virtually with more than 25,000 merchants and brands. The app also provides BNPL arrangements, allows customers to purchase goods and services, and pay for them in instalments of up to 60 months with no interest.

According to Forbes, Lucky, which operates in Egypt and Morocco, has over 6.5 million registered users. The company has raised US$44 million in funding so far.

PayTabs is a startup that offers a one-stop shop for startups, e-commerce ventures, and online businesses to accept and manage payments. The company processes transactions in multiple currencies, safely and securely. Using a tool known as API plugins, PayTabs facilitates integration for merchants across industries to ‘plug and play’ features on to their websites.

PayTabs’ total funding amount is undisclosed but based on the Forbes ranking, the sum could be anywhere between US$34.2 million and US$40 million.

Established in 2015, BitOasis claims to be the largest cryptocurrency platform in the region, serving retail clients from the Gulf Cooperation Council (GCC) nations and with plans to expand across the broader MENA market. The startup allows traders and investors to exchange and trade 20 cryptocurrencies, and is currently active in the UAE, Saudi Arabia, Kuwait, Bahrain, Oman, Egypt, Jordan, and Morocco.

Headquartered in the UAE, BitOasia raised a US$30 million Series B funding round in October 2021 to support its regional expansion plans.

Telr is an award-winning payment gateway provider founded in 2014. The startup offers a set of APIs and tools that enable businesses to accept and manage online payments via web, mobile and social media. The platform handles payments in more than 120 currencies and 30 languages, and counts Visa, Mastercard, American Express, UnionPay, Apple Pay, PayPal, Sadad, Mada and STC Pay among the services it supports.

Telr is headquartered in Dubai and has offices in Singapore, India, and Saudi Arabia. The company has raised US$29 million in funding.

Foodics is a food and beverage (F&B) tech startup from Saudi Arabia. Launched in 2014, the company provides a cloud-based point-of-sale (PoS) and retail management platform for outlets across the MENA region. It has processed over 5 billion orders through the platform, and over 50,000+ terminals while catering to more than 10,000 brands.

In 2020, Foodics expanded into lending with the launch of Foodics Capital, a micro-lending arm providing Shariah-compliant loans to small F&B businesses. The company, which has offices in the UAE, Saudi Arabia, the UAE and Egypt, has raised US$28 million in funding.

Founded in 2014, Expensya is a Tunisia-French startup that provides an expense management platform designed to simplify expense reports. The company’s platform streamlines the management of professional expense reports, automates accounting, and provides secure dematerialization. It’s used by over 400,000 customers.

Expensya closed a US$20 million Series B funding round in May 2021, bringing its total funding to more than US$25 million and making it the most well-funded fintech startup in Tunisia.

Founded in 2017, Sarwa is a UAE-based robo-advisory investment platform that provides personalized, low-cost and diversified portfolios, as well as access to on-demand investment experts. ­­­­It claims more than 20,000 users on its platform. In November 2021, the company launched Sarwa Trade, a trading platform that offers zero commission as well as zero local transfer fee from AED accounts for retail clients in the UAE.

Sarwa closed a US$15 million Series B funding round in August 2021, bringing its total funding to US$25 million.

Established in 2017, Tarabut Gateway is MENA’s first and largest regulated open banking platform that connects a regional network of banks and fintechs via a universal applications programming interface (API). The platform allows third-party financial services providers to access financial data and develop new apps and services, and banks to accelerate their technological partnerships at reduced costs.

Headquartered in Bahrain, Tarabut Gateway started expanding throughout MENA in October 2020, establishing offices in Abu Dhabi and Dubai. The startup has raised US$25 million in funding. 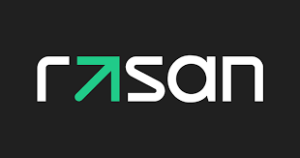 Founded in 2016, Rasan is the technology company behind Tameeni, the first insurtech platform in Saudi Arabia. Tameeni offers an instant policy by enabling retail customers to compare insurance prices and coverage, then select and pay for their policy of choice all in one place. The three-step online journey takes just two minutes to complete.

Since 2017, Rasan’s fintech and insurtech platforms have attracted approximately eight million users at a daily traffic rate close to 25,000 leads. The company raised US$24 million in November 2021.

Founded in 2015 in Egypt, Paymob provides a suite of financial technology solutions, helping online and offline merchants accept payments from their customers. For online merchants, the payment gateway can be plugged in to their sites or mobile application using its APIs. For offline merchants, Paymob has a PoS solution where they can receive in-store card payments.

Paymob closed a US$18.5 million Series A funding round in April 2021 to accelerate its expansion in Saudi Arabia and other markets across the region.

Headquartered in Dubai, Beehive launched the UAE’s first peer-to-peer (P2P) lending platform in 2014, connecting businesses looking for finance directly with investors. Since its inception, the company has helped some 800 businesses borrow nearly AED 907 million (US$246 million) from a pool of 15,000 investors.

According to Forbes, Beehive has raised a total of US$17.5 million in funding.