Tamara, a Saudi Buy Now, Pay Later (BNPL) platform announced the closing of its Series A funding round by raising US$ 110 million led by Checkout.com.

The cash injection will be used by the company to scale its team, expand into new countries in the GCC and fund the distribution of its BNPL product.

The investment will help Tamara expedite its expansion across the Gulf Cooperation Council (GCC) by the end of 2021 and the greater region thereafter.

Tamara was the first BNPL firm to be enrolled in the Saudi Central Bank (SAMA)’s sandbox programme.

Since then, it has closed a round of $6 million in seed funding in January 2021 five months after its official launch in September 2020. 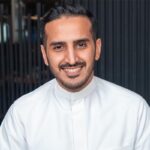 “This transaction is only the beginning of our journey, and a great sign that we are on the right track.

We are proud to have the trust of such an investor and we will continue expanding our products to transform the payments industry in the region.”