According to the IFC, these regions collectively received less than two percent of the US$643 billion in global venture capital funding in 2021.

Furthermore, tech ecosystems outside of the region’s more established markets such as Egypt, Kenya, Nigeria, Pakistan, Senegal, and South Africa are either nascent or nonexistent.

Through the new platform, the IFC will make equity or equity-like investments in tech startups and help them grow into scalable ventures that can attract mainstream equity and debt financing.

The IFC will also collaborate with other World Bank Group teams to create and bolster venture capital ecosystems through regulatory reforms, sector analyses, and other tools.

The IFC, through existing initiatives such as the IFC Startup Catalyst Programme, has so far invested in companies such as Toters, an on-demand delivery platform in Lebanon and Iraq. 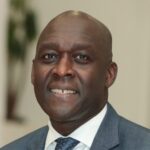