Though less developed than neighboring countries including the United Arab Emirates (UAE) and Saudi Arabia, Qatar’s fintech industry has continued to grow and attract international businesses over the past year.

“QCB has accorded the highest priority towards digital payment solutions over the past decade,” the QCB governor said in his speech. “Over the past couple of years, QCB has approved various initiatives that will contribute towards supporting emerging companies in the field of financial technology.”

One of these initiatives is the granting of licenses to innovative fintech companies, he said.

QCB awarded its first licenses for digital payment services in August, providing the regulatory greenlight to Ooredoo Money and iPay by Vodafone Qatar.

Industry initiatives like the Qatar Fintech Hub (QFTH) have also contributed to the growth of the domestic fintech ecosystem, the QCB governor said, noting that since its inception, the organization has supported more than 60 startups.

QFTH is an initiative launched in 2019 by Qatar Development Bank. The organization runs fintech startup incubation and acceleration programs as well as industry events, and strives to facilitate collaboration among industry stakeholders promote the Qatari fintech industry.

Hilal al-Kuwari, incubation specialist at QDB, told Gulf Times in an exclusive interview in September 2022 that one of QFTH’s key objectives was to transform Qatar into an advanced society capable of achieving sustainable development. 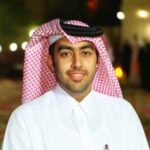 “By nurturing local talent and sourcing the best international fintech companies to Qatar, we are creating a pool of companies that is contributing towards the economic, social, and human development in the region,”

“We have companies that are even disrupting the local market with cutting-edge technology and solutions, such as cashless payments, artificial intelligence, next-gen banking, and digital identity, among others.”

al-Kuwari said QFTH has carefully identified the gaps in the Qatari market and strategically positioned each of its startup programs to focus on specific challenges and opportunities.

“Wave 1 was focused on payments, Wave 2 on emerging technologies, Wave 3 on embedded finance and techfin, and Wave 4 on next generation banking,” he explained. “Throughout each wave, we strive to attract fintech companies that offer services that are not yet available in Qatar.”

QFTH ran the fourth edition of its incubation and acceleration programs in June 2022. Wave 4 received more than 460 applications from early stage and mature fintech companies from over 60 countries, the organization said, emphasizing the traction these programs have received.

2022 also witnessed notable developments in the open banking industry, paving the way for increased adoption in the coming year. In particular, Qatar National Bank (QNB), one of the largest financial institutions in the Middle East and Africa, launched its open banking platform for clients and fintech companies in June, becoming the first bank to provide open banking services in the country.

In a statement, QNB said it was actively exploring open banking partnership opportunities regionally but also globally as it strived to enrich its product offering, tap efficiency gains, and improve user experiences.

Other developments to look forward to in 2023 include the launch of the central bank’s new fintech strategy, which was initially scheduled to be introduced in Q4 2022, as well as further upgrades to the country’s payment system.

The QCB governor said in May 2022 that the central bank had been working on modernizing the country’s payment infrastructure with plans to launch real-time payment capabilities. The central bank is also studying digital bank licensing and digital currencies, an official said in March 2022.

Switzerland’s Aspirations and Fortification of Ties With Qatar