Yemen is an Arab sovereign state in Western Asia at the southern end of the Arabian Peninsula and the second-largest country (27 Million population) in the peninsula. It is also the poorest country in the Arab region, according to the UN.

Once the most advanced region in the Arabia and the crossroad of Africa, the Middle East and Asia, Yemen’s recent history is one of division and bloodshed. Despite positive political developments in 2013, Yemen continues to be a large-scale humanitarian crisis, with more than half the population, 14.7 million people, in need of some form of humanitarian assistance, and a base for militant groups like al-Qaeda and Islamic State, which have exploited the current political instability to their advantage.

All this chaos has made Yemen rather unattractive for high tech entrepreneurs and startups, but on the other hand, the absence of competition and the growing Internet penetration rate, are giving brave local founders huge opportunities, notably in the areas of e-commerce, edtech, adtech, and fintech.

Rapid development of the telecommunications and information technology sectors in Yemen occurred from 2000. In 2011, there were only 3.5 million Internet users in Yemen, but by December 31, 2017, the number doubled to 7 million, or 24.3% of the population, according to Internet World Stats.

Meanwhile, the number of cellular telephone network subscribers reached 11.7 million in 2011, up from 1.2 million in early 2006, according to the US CIA.

The rapid rise of Internet usage is giving tremendous opportunities for Yemeni startups and entrepreneurs in a country where e-commerce is still rare.

Local entrepreneurs are pushing forward in spite of the daily challenges. “We established our [company] Lumlim in Sana’a [in January 2015], but we never expected that war would commence in the next two months,” Mohammed Abdulbaqi, founder of Lumlim, told Entrepreneur. “[There was] no electricity at all for a year, and gas prices were raised to five times [the cost] in the black market! We cut our salaries in half to cover those extra expenses. At the end, the company was hit by an explosion [in May 2015], and everything was blown up.”

In Yemen, entrepreneurship has emerged as a helping hand for an economy crippled by political instability. With Lumlim, a mobile-oriented engagement platform, Abdulbaqi said he wants to inspire young Yemenis to start their own companies, since he believes that “entrepreneurship is the way to push Yemen out of its current misery.” 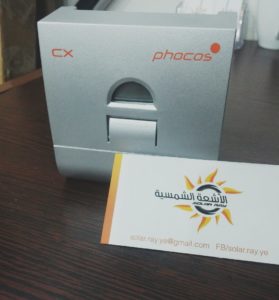 One startup that’s a proof of this is Solar Ray, which, at a time when electricity if scarce and often unreliable, is offering locals an alternative.

Local organization such as the Rowad Foundation in Yemen was created in 2013 by local entrepreneurs to help startups access international markets. Executive director Adeeb Qasem told the Financial Times that the Internet has given Yemenis hope.

Some work as freelance programmers and graphic designers, while others are running businesses such as Anamehani, a platform for finding plumbers, painters and more, which has expanded beyond Yemen into Saudi Arabia, Egypt and Morocco. 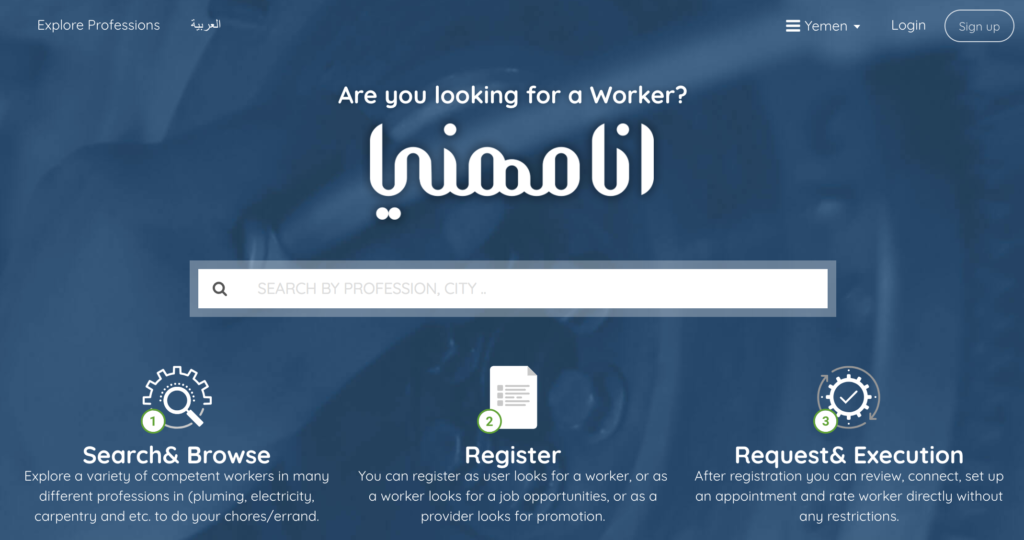 But finding funding remains by far the biggest challenge for Yemeni entrepreneurs. There are ad hoc networks of family, friends and emigrants who help out, but many venture capitalists still avoid these corners of the world.

According to economists, Yemen’s financial services sector is underdeveloped and dominated by the banking system. Yemen has no public stock exchange and its banking system consists of the Central Bank of Yemen, 15 commercial banks (nine private domestic banks, four of which are Islamic banks; four private foreign banks; and two state-owned banks), and two specialized state-owned development banks.

In recent years, the microfinance industry has experienced sharp growth. Organizations such as Al-Amal Microfinance Bank are serving economically active poor micro-entrepreneurs and focus on the most deprived groups of financial services, particularly women and young people.

Despite the many opportunities, it is unclear today whether a fintech sector per se exists in Yemen.

Sana’a startup Tamween claims to have launched in late-2015 the country’s first online grocery store in Yemen. Founder Bassem Hassan told Wamda that the company was targeting expats who, instead of sending money home to their families, could instead buy products and have them delivered locally. He said his startup was going after the remittance market which in 2012 hit US$3.35 billion, according to the World Bank.