Fintech Still in Infancy in Oman Despite Growth Potential

Countries in the Gulf Cooperation Council (GCC) region are opening up to fintech and digital solutions as banks seek to enhance consumer experience and streamline their operations.

The United Arab Emirates (UAE) has emerged as one of the region’s pioneers in the field. In particular, fintech development has been pushed by the government’s broader desire to transform the country into a leader in the digital space and the digital economy, a new area of focus it hopes will help it reduce its dependency on oil.

Citizens too have helped led the Middle East’s digitalization change. As measured by McKinsey‘s digital consumer adoption, the UAE, Qatar and Bahrain are among the top countries in the world with more than 100% smartphone penetration and more than 70% social media adoption – even higher than the US. 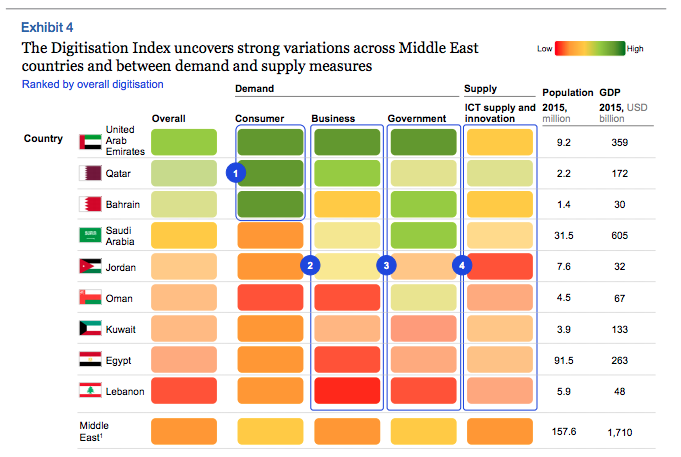 Beyond the UAE, other countries in the GCC region like Oman have begun exploring the potential of fintech to both transform the traditional banking and financial services industry and improve financial inclusion.

While the Omani fintech scene remains very small, it has nevertheless great growth potential, according to industry observers.

In particular, Oman’s welcome adoption of Islamic finance has created a valuable opportunity to help meet its economic diversification needs and brand itself as a “New Age Islamic Fintech Finance” that’s oriented around entrepreneurship, financial inclusion, research, technology and innovation. By relying on innovative capacities, Oman could create a smart and automated version of Shari’a finance that is cost and user friendly, and develop solutions that are more efficient.

The Central Bank of Oman (CBO), which has committed to help enhance the payment infrastructure in the country, launched in July a mobile payment clearing and switching system called MpClear.

The mobile payment solution allows users to send money using just a mobile number to complete the transfer instantly. It is expected to provide ease of use, convenience and further promote electronic payments in the Sultanate of Oman.

The authority said Oman was the first country within the GCC countries to implement such system under the Central Bank sponsorship.

“Being ahead of the curve in payment systems has been the goal of CBO, with the ultimate aim of providing convenience, safe and ease of operations for fund transfers. MpClear System offers fund transfer via mobile an easier and fast payment channel with just a mobile number. The benefits of the same will be evidenced by the stakeholders/customers soon.”

The e-Purse system, a project introduced in 2009 by the government, was aimed at promoting cashless and electronic payments in the country. Under the e-Purse system, ID cards are equipped with payment features using an embedded application in the smart chip on the card.

“[Oman] puts a contactless e-purse on the national ID card as a way to kick-start the shift to cashless environments,” said David Birch, director of Consult Hyperion. “As well as providing an alternative to debit and credit cards, it will help government departments to collect their payments.”

According to Jacques Seneca, executive vice president of the Security Business Unit for Gemalto, “Oman is a forerunner in implementing an e-Purse on e-ID cards.”

Several organizations have been established in recent years to foster entrepreneurship as well as the startup culture. For instance, the Wadi Accelerator is a US$15 million seed fund and accelerator program offering growth hacking tools, mentoring and investment in tech startups powered by 500 Startups and the Oman Technology Fund.

Established with an initial capital of US$200 million, the Oman Technology Fund invests in micro-funds in partnership with globally recognized venture capital firms.

Revolut Has Now Expanded Its Footprint to Oman