The Astana International Financial Centre, or AIFC, and next generation investment company EXANTE have signed a memorandum of cooperation towards developing the cryptocurrency markets in Kazakhstan and positioning the AIFC as an international financial technology center.

According to the memorandum, EXANTE, with several blockchain projects already in its portfolio, will launch the Stasis platform, which will serve as the foundation for new crypto assets, secured by fiat. The parties also agreed to cooperate in developing AIFC’s regulation of the cryptocurrency markets, and to support the evolution of the fintech-ecosystem in Astana using EXANTE’s knowledge and experience in blockchain projects. 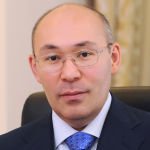 “Blockchain and cryptocurrencies are entering the mainstream of today’s economic reality. Astana’s top financial regulators have already started working, laying the foundations for Kazakhstan’s fintech-ecosystem. We believe that the AIFC can become an international hub for blockchain operations, so the development of crypto asset markets is our key priority in the near future,”

As distributed ledger technology is already drawing the attention of numerous national governments, Kazakhstan has taken proactive steps to become a global trailblazer in this field.

Gregory Klumov, Co-founder and CEO of Stasis, shares this optimistic forecast for the blockchain market.

“Blockchain technology has several indisputable advantages: transparency, immutability, relatively fast transactions, and reduced cost. The Global Money Supply (M2) figure is growing at 6% per year and stands at about $50 trillion currently (ex China). The digital assets market will double every two years till at least 2021. We are working on a backbone of the blockchain world, that will close the gap between emerging decentralized finance and the people.”

In September the AIFC announced its intention to build a ‘crypto-valley’, on the grounds of the recent EXPO 2017 in the central business district of Astana. The first step towards establishing a crypto-valley is the preparation of a regulatory framework and the rules regarding crypto assets. Preparations for the legal framework is already expected in the upcoming weeks. In December 2015, the President of the Republic of Kazakhstan Nursultan Nazarbayev signed a Constitutional Statute “On the Astana International Financial Centre” (AIFC). The aim of the AIFC is to establish a leading international centre of financial services. For the first time in the post-Soviet region, a British common law framework will be introduced in the AIFC. English shall be the official language of the AIFC.

The objectives of the AIFC are to attract investment into the economy of the Republic of Kazakhstan through the establishment of an attractive environment for investment in financial services, to develop local capital markets, ensuring their integration with the international capital markets, and develop markets for insurance and banking services and for Islamic financing in Kazakhstan. Visit http://www.aifc.kz. 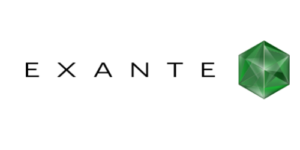 An investment company founded in 2011 in Malta, EXANTE has offices in 10 countries and 2016 trade turnover of US$350 billion. The company is licensed by the MFSA and CySEC, is authorized by FCA UK, and provides direct access to the world’s largest financial markets with the ability to trade shares, futures, options, funds, bonds, currency pairs, metals and digital assets over its own trading platform, developed by the company’s specialists.

In 2012, the founders of EXANTE offered investors the world’s first adjustable way to earn money by bitcoin in launching their own cryptocurrency hedge fund, EXTANTE Bitcoin Fund. In a year of existence, the fund recorded a profitability of 4,847%, and by 2017 the Fund had achieved 10,262%. Please see https://exante.eu. 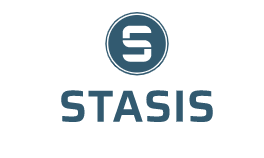 The Stasis Platform is a financial and technological infrastructure for launching digital assets, providing a possibility to tokenize fiat currencies into their digital versions via blockchain. http://stasis.net is an official web page of Stasis.

This article first appeared on acnnewswire.com