In line with it’s “Dubai Blockchain Strategy” the Smart Dubai Office teamed up with Dubai’s Department of Finance to launch a blockchain powered payment system.

The new system introduces blockchain technology into the Department’s processes, allowing transactions to be performed accurately and in real time and economising time and effort. The Department of Finance’s current procedures rely is a time-consuming process that could take up to 45 days.

The blockchain powered system named “Payment Reconciliation and Settlement” is said to enable near real-time reconciliations and settlement which allows for clear visibility of funds; immediate disputes and claims resolution; transparency and immutability of financial records.

Two agencies namely; The Dubai Electricity and Water Authority (DEWA) and the Knowledge and Human Development Authority (KHDA) were the first to be on board. They have reportedly already proccessed a combined total of more than five million transactions. 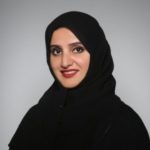 In a statement to the media, Her Excellency Dr Aisha Bint Butti Bin Bishr, Director General of the Smart Dubai Office (SDO) said The Dubai Blockchain Strategy seeks to increase government efficiency by transferring 100% of government transactions to the Blockchain network.

The new payments system is part of Dubai’s ongoing commitment to blockchain technologies, recently it has also introduced the world’s first court on the blockchain. Not falling behind, Dubai’s financial sector was also seen toying with ideas like ultilising blockchain to minimise cheque frauds.

GoDaddy and Startups Without Borders to Train Entrepreneurs Across MENA Region