Saudi Arabia’s fledgling sovereign fund is putting in a further US$45 billion into Matsumoto Son’s famed Softbank, which in turn holds known technology companies like Alibaba, Sprint, Uber, Didi Chuxing, WeWork, Nvidia, and many others.

This money follows a previous US$100 billion that was put into SoftBank Vision Fund two years ago, which shows that Saudi Arabia may be prepared to follow through with further investments in the future.

The US$45 billion will be coming from the coffers of the Public Investment Fund (PIF), which has turned to technology investments in the nation’s strategy to move away from oil revenues.

In addition to the investment, earlier this month, SoftBank said that they are working closely with PIF to develop a high-stakes solar power generation project worth US$200 billion—and said to have the capacity of producing up to 200 gigawatts of renewable energy by 2030.

Softbank has also expanded into Abu Dhabi in September, and aims to bring its extensive list of portfolio companies into the region. 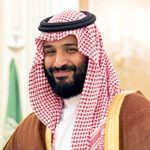 “We have a huge benefit from the first one,” said Saudi Arabia’s crown prince, Prince Mohammed in a Bloomberg interview. “We would not put, as PIF, another US$45 billion if we didn’t see huge income in the first year with the first US$45 billion.”

SoftBank has made US$3 billion from its initial US$100 billion Vision Fund in five months according to Matsumoto Son. While light on specifically fintech investments, among its portfolio contains Grab, which owns the e-wallet GrabPay, as well as insurtech-affiliated organisations like Ping An Insurance and Zhong An Online.