The Middle East is witnessing a burgeoning mobile payment market with a number of players offering a multitude of diverse services.

In Kuwait, companies including One Pay and Quickpay have been enabling customers to pay for their bills from a mobile app. Last year, the National Bank of Kuwait made its contactless payment service NBK Tap & Pay available on smartwatches and the Kuwait Finance House launched its KFH Wallet in partnership with Mastercard, enabling users to perform mobile payments at merchants’ NFC POS terminals in the country.

As mobile payment continues to grow in the Middle East, the following compiles some of the latest developments in the space: 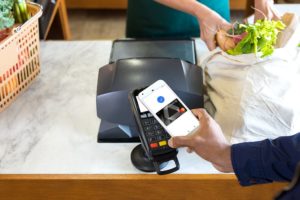 Users need to register the details of their Mastercard or Visa cards issued by any of the partner banks, which include Emirates Islamic, Emirates NBD, Mashreq and Standard Chartered, in the Google Pay app. Then they just need to turn their phone on and press it to the contactless terminal to make a payment electronically via NFC.

The mobile wallet market is predicted to hit US$2.3 billion by 2022 in the UAE, according to a report by US-based consulting firm TechSci Research.

Dubai-based mobile payment platform Beam will expand in seven new markets in 2019, according to a report by Arabian Business.

Since launching in the UAE in 2012, Beam has built a user base of approximately a million users, said Beam co-founder Shezan Amiji, adding that in the next six months the company plans to expand into Belgium, the Netherlands, Luxembourg, Portugal, Ukraine, Azerbaijan and Uzbekistan. Beam already has a presence in Sweden in Australia. 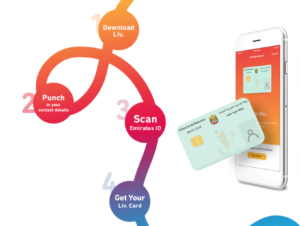 “By subscribing to the Verrency service, Liv. will be able to cost-effectively remain at the forefront of digital banking by continually enhancing its capabilities via easy connections to multiple service providers without requiring significant change in its existing payments and technology infrastructure.”

Launched in May 2017, Liv. is a mobile-only bank providing an intuitive banking experience targeted at millennials.

UAE payment solutions provider Network International has partnered with Alipay to provide the growing number of Chinese shoppers in the UAE with mobile payment capabilities.

Network International, which operates in the Middle East and Africa region, will act as both settlement partner and solution provider for mobile-based transactions via Alipay at POS terminals and for online purchases.

Israeli online-only bank Pepper to launch in the US 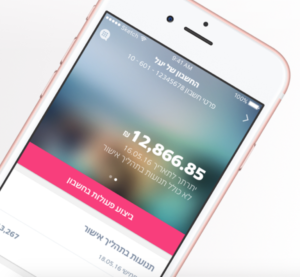 Israel’s Bank Leumi is in talks with potential partners to launch its mobile-only bank Pepper in the US, according to a report by the Financial Times.

Rakefet Russak-Aminoach, Bank Leumi’s chief executive, told the Financial Times in New York: “We … are currently pursuing several options for collaborations in the US with significant and interesting players.”

Launched in 2017, Pepper is a digital bank that’s initially offering individual accounts with plans to move into securities and mortgages, as well as joint banking options.

Russak-Aminoach said Pepper’s technology will set it aside from the competition.

“While most digital banks today are simply a new interface built on top of old legacy systems, Bank Leumi decided to deliberately create a self-disruption by building a fully-mobile, digital bank from the ground up,” she said.

A15, a Cayman Islands-based technology investment firm, announced in September that it had sold its 76% stake in UAE-based regional mobile payment startup TPAY to Helios Investment Partners, one of Africa’s biggest private equity firms.

A15 and the current executive team remain invested in a total of 24% of the company and continue to lead implementation of TPAY’s growth strategy.

Established in 2014, with offices in Dubai and Cairo, TPAY claims it was the first open mobile payment platform to be launched in the region. TPAY allows direct carrier billing, connecting businesses with customers who need to make mobile payments, and operates across 16 countries, including Egypt, Algeria, Tunisia, Morocco and Sudan, with nearly half of its transactions coming in Africa.

Today, TPAY has a total reach of 673 million users and records an annual growth of 65%, according to A15 CEO Fadi Antaki.

Fintech Events in the Middle East to Attend in 2018