PayFort, an Amazon company, has announced that merchants using its online payment gateway will now be able to accept payments from Egypt’s new national card, ‘meeza’, following the announcement of the Central Bank of Egypt (CBE) for the national payment scheme.

The meeza card is a key financial inclusion initiative from the Egyptian government, as it pushes towards a cashless society, preparing the way for further growth in online payments.

The card will allow citizens to receive and make payments electronically and pay their bills via ATMs and at government departments. Debit cards are often not enabled for ecommerce use by the issuer, however, all meeza cardholders will now be able to use their card to pay online via PayFort’s payment gateway in partnership with Commercial International Bank (CIB), Egypt’s largest private sector bank. 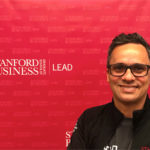 “Despite the fast growth in card services, many countries in our region still have a high rate of cash dependency and a low penetration of credit card usage,”

“The meeza card is one of the ways in which the Egyptian government is helping to reduce dependency on cash, opening up the country’s electronic payments infrastructure to millions of citizens throughout the country.”

“The meeza card initiative will put a new electronic payment capability in the hands of many people that do not typically use credit or debit cards all over Egypt,”

“The arrival of the new national debit card will help drive Egypt’s cashless society agenda and dramatically increase participation in the government’s electronic payment systems. In addition, integration with PayFort’s payment gateway opens up the world of ecommerce to many new categories of Egyptian consumers.”

Mohammed Noaman, Head of Payment Acceptance at CIB, praised the new initiative of meeza cards, confirming that it supports financial inclusion and has a positive impact on increasing electronic payment services by expanding the acceptance of cards and providing an advanced payment method. He added that this will in return encourage the integration of entities, companies and merchants into the electronic payment system.

PayFort has supported a number of major initiatives across the region to reduce dependence on cash and boost electronic payments. PayFort has already successfully integrated its payment gateway with the Saudi Payment Network’s mada national debit card and with SADAD account, the national Electronic Bill Presentment and Payment (EBPP) service provider in Saudi Arabia.

These integrations allow Saudi’s to pay bills online via SADAD account and use mada cards to shop and pay online. According to PayFort State of Payments, Egypt was among the fastest growing countries in 2016 with 22 percent year-on-year growth. In the same year, Egypt led the region in the growth of online shopping with a 32 percent increase in volume of payments.