The Security and Commodities Authority (SCA), the United Arab Emirates (UAE) financial regulator, will introduce regulations for initial coin offerings (ICOs) by the end of the first half of 2019, a move aimed at providing company with an alternative, regulated avenue for companies to raise capital through crowdfunding, reports the National. 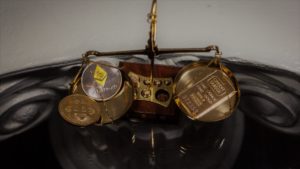 “We have signed agreements with law firms to come up with the sandbox and rule books for the issuance of ICOs,” said Obaid Al Zaabi, the SCA chief executive.

“Legal requirements will be finished by the end of the first half of 2019… then there will be adoption of technology and development of infrastructure on the side of the exchanges.”

ICOs, a fundraising mechanism in which new blockchain-based projects sell their underlying crypto tokens in exchange for bitcoin and ether, raised more than US$7.5 billion in 2018, according to ICOData.

The SCA, which supervises and monitors the markets, has approved ICOs as securities and will work with the Abu Dhabi Securities Exchange (ADX) and Dubai Financial Market (DFM) to develop trading platforms for ICOs in 2019. The SCA said it will help facilitate the adoption of blockchain technology of the Abu Dhabi and Dubai stock exchanges for the issuance of ICOs.

An implementation plan will be on the ground after agreements with ADX and DFM are finalized, Al Zaabi said. “Our market is open. [ICO] registration and licensing is available for all kinds of companies, from across the world,” he added.

According to experts, the move is set to position the UAE as a leading regional destination for blockchain-related businesses as it joins the list of global regulators that have decided to standardize ICOs and cryptocurrencies.

Japan requires cryptocurrency exchanges to apply for a license and the Financial Services Agency (FSA) is working on introducing new ICO regulations. Gibraltar launched its Distributed Ledger Technology (DLT) Regulatory Framework in 2018 and is looking to formulate a legal framework for ICOs. And the New York State Department of Financial Services is issuing so-called BitLicenses to companies who want to operate virtual currency related activities.

“The UAE is perfectly positioned to be a global leader in the ICO space,” Hans Fraikin, chief executive of Libra Project in Abu Dhabi, which is issuing equity tokens in green utility infrastructure, told the National.

For blockchain and cryptocurrency startups, the UAE is the most progressive and promising jurisdiction in the world, he said, adding that the Abu Dhabi Global Market and the Dubai International Financial Centre were keen to implement cryptocurrency regulations in 2019.

“If they succeed as planned, they will be at the forefront of this new burgeoning global securities sector,” Fraikin said.

Andrea Bonaceto, chief executive of Eterna Capital, a fund management firm in London, said that being one of the first jurisdictions looking to regulate ICOs is position the UAE at the forefront of the industry.

“Owing to the government’s efforts to keep actively modernizing its financial infrastructure, the UAE will become a competitive location to attract ICOs and blockchain related investments in 2019,” Bonaceto predict.

The UAE has set out to become a top crypto hub and the world’s first blockchain-powered government, as stated by prime minister Sheikh Mohammed bin Rashid al Maktoum.

Other blockchain applications have been launched across different sectors including roads and transport, energy, healthcare and education.