Between accelerators, the development of fully digital banks and government initiatives, the UAE is in the midst of an exciting time in fintech. The government, entrenched financial institutions and the humble innovators are all working in tandem with a vision of bringing some of the more exciting digital innovations into our own financial developments.

UAE has made a strong claim for fintech in its own right, and this claim goes beyond our significant efforts towards Islamic finance.

According to a report created by the Economist for Visa, the UAE is one of the only two countries to provide a complete suite of e-payment facilities for citizens to make all of their regular payments to the state—like taxes, or optional public services including transportation. 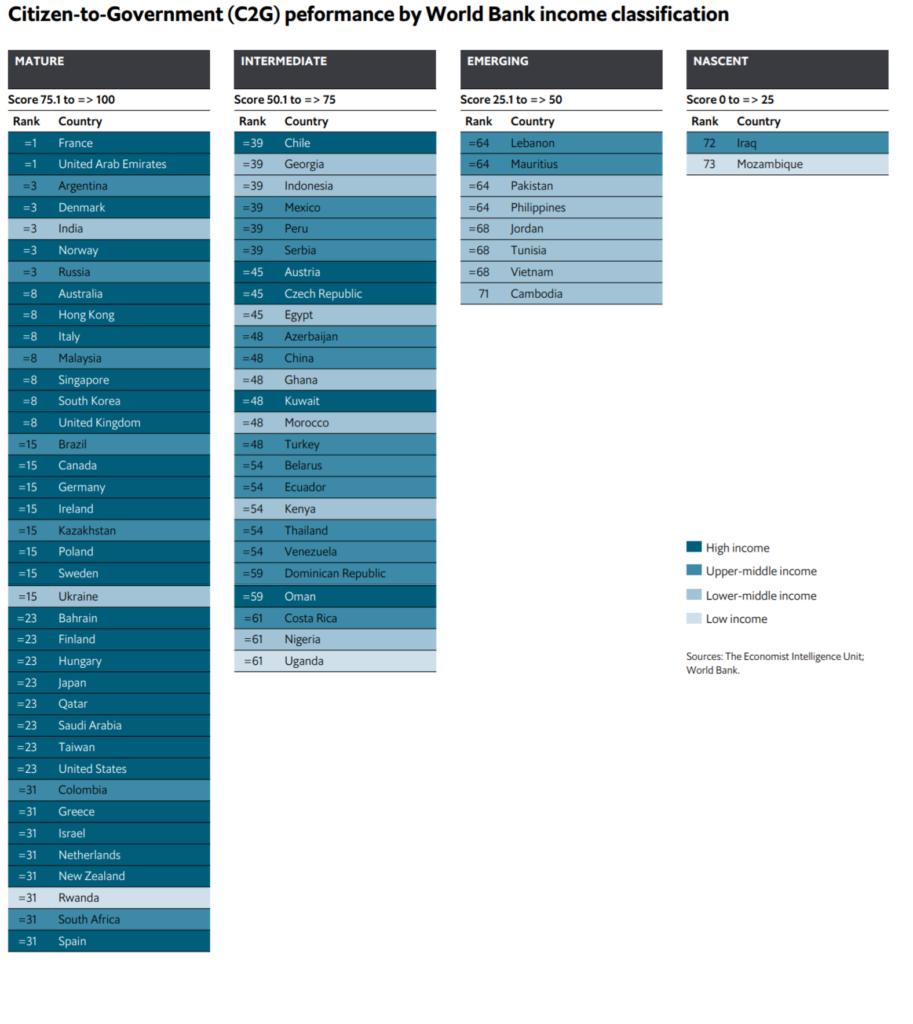 Its one-stop shop e-services portal, The United Arab Emirates Government Portal, provides an all-encompassing range of e-services like taxation, identification, and benefit transfers—available both in Arabic and English.

The fact that the portal is available via mobile app also was worth a highlight, and that both private and public transit costs can be managed online seamlessly.

For instance, the Nol Smart Card, which provides access to public transportation, can be applied for, paid for and topped up on the Nol e-services portal.

The report was also interested in the UAE citizen’s ability to track their pension contributions on the federal website, as the process can be automated if the citizen wishes. 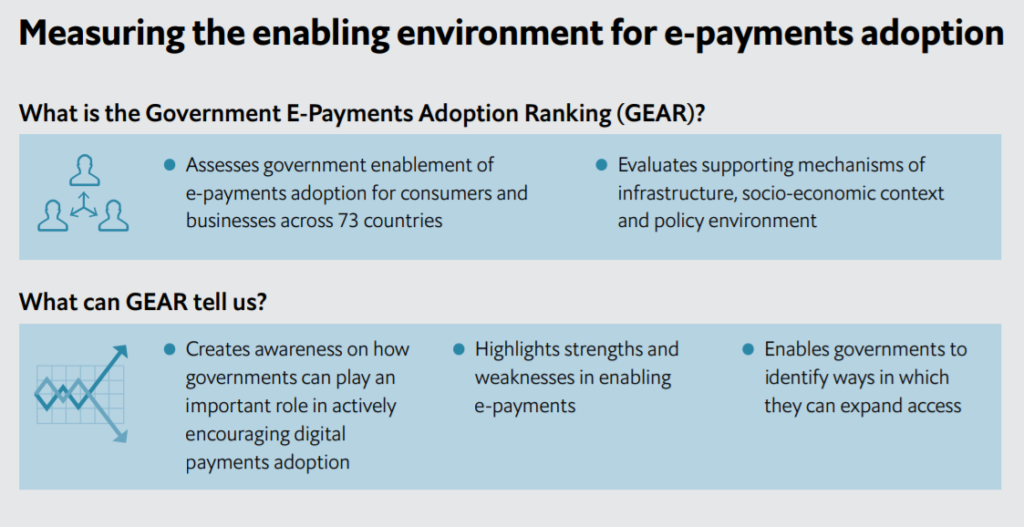 The study was conducted to measure both the quantity and the quality of 45 indicators of e-payment progress across seven categories, one of those categories being citizen-to-government (C2G) payments.

73 countries were observed for the purposes of this study, which make up 88% of the global population and over 90% of the world’s GDP. 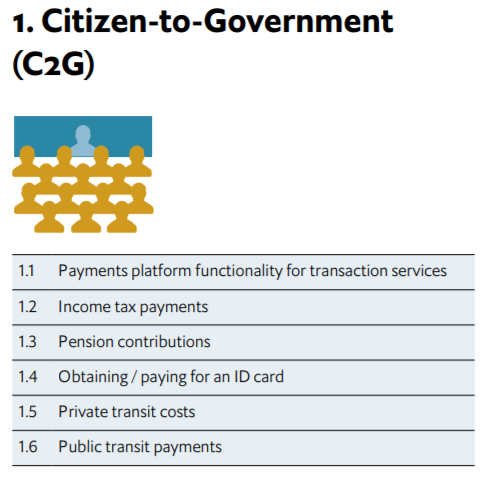 Citizens would make regular payments to the state either to fulfill their obligations like taxes, or optionally purchase public services, like public transport. The C2G category observes the extent to which citizens can actually complete all of these transactions electronically (as seen above).

All these elements were considered in tandem, as the relationship between them is deemed important enough to paint a picture of the overall citizen-to-government payment ability. 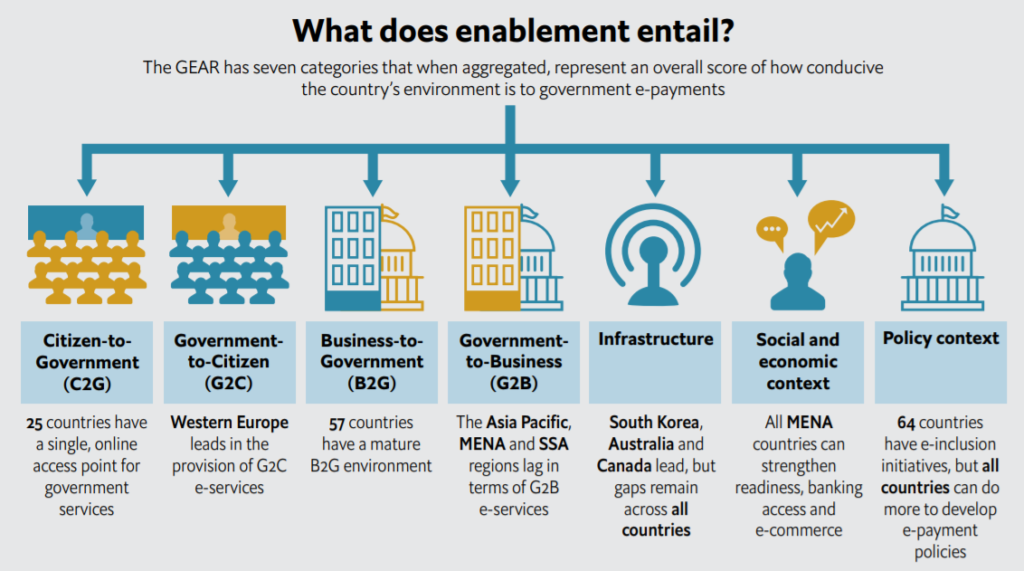 Similarly, how a country’s C2G performs is a big consideration in determining how a country does in e-payment development. With more awareness on a government’s role in encouraging digital payments adoption, advocates and key players in the region could gain an accurate reflection of where they stand on the global arena.

But There are Gaps to Plug

Where the UAE reigns supreme thanks to its federal payments portal for citizens, it lacks the same for businesses operating within the federation.

It is clear that many governments have significantly prioritised e-payments in funds collections, and improved efficacy in those areas. As such, even developed countries perform particularly poorly in government-to-business e-payments systems, like Austria, New Zealand and the UK.

The Economist theorises that strained public budgets in many countries could be one reason for this divergence.  For instance, while almost 90% of countries offer a corporate tax e-payments option, fewer than 70% offer the facility for corporate tax refunds.

Featured image compiled from Pexels and The Economist

4-fold Increase in Cryptomining Attacks in the META Region